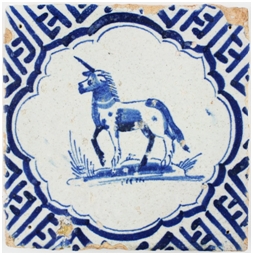 Adyen is about to go live on Euronext, valued at approximately €7.1billion. An amazing accomplishment to achieve in only 12 years for a Dutch FinTech vendor. It is one of the few Dutch tech companies that actually made it to the Unicorn status in a time where there seems to be plenty of promise, but it appears difficult to cash in on that dream.

In earlier posts we already discussed the potential of Dutch scale-ups, and potential Dutch Unicorns, and the challenges they face before hitting the jackpot. In Europe, startups and Unicorns in particular need to prove themselves. It seems criteria for investment in Europe are higher than they are in the US, where valuations are on average 45x the revenue compared to 18x in Europe. At the same time the average annual revenue of startups in Europe is $315m, compared to $125m in the US. In that respect Adyen has the numbers working for them, with estimated revenue 2017 of  $1billion, making its evaluation 7x the revenue.

The Euronext saw 42 IPO’s in 2016, compared to 35 in 2017, and is well on its way with 17 IPO’s in  the first five months of 2018. Out of these 17 companies that went public in 2018, 7 were Dutch, most of them active in real estate or (equity) finance. These are signs that the tide is turning and that instead in delisting (Unit4 and Exact) it is time for Dutch companies to go public again. A good thing for Adyen, who just closed a big deal with eBay and continues to prove itself as an excellent international competitor in the FinTech arena. With a bit of Dutch basic soberness and matter of fact-attitude, combined with international business agility and US marketing techniques the company has come a long way. And it seems there is more to come for the Dutch FinTech sector. The latest Dutch Fintech Infographic shows over 400 Dutch FinTech companies active in various areas.

The  thing with FinTech companies is that there is actually hardly any ‘Fin’ without ‘Tech’. The Dutch financial sector is the most digitized vertical market; just like in most other countries. In our latest research on the Dutch Digital Economy, we estimate the finance sector at almost 90% digitized- meaning that 90% of the people working in this sector are dependent of IT when doing their job. This implies that if you want to kick-off a financial services company, everything you do will revolve around getting the technology component right. If you don’t chances of surviving are pretty slim. If you are or want to be in finance, you need to be in Tech. There is a reason so many of the traditional banks are setting up FinTech investment initiatives, or launch their own digital initiatives.

Being a unicorn is challenging, but being a FinTech unicorn may be even more challenging, as FinTech-washing is clearly on the rise. In the aformentioned infographic, the list of Dutch FinTech companies includes traditional accounting software companies such as King, Muis or Afas, but also Teradata is listed in the graph, a US analytics company. No doubt that these companies are part of the FinTech ecosystem but to list them as Dutch FinTech underlines the inflation of the FinTech label.

So, does it still pay off to be a FinTech company? Over the past years growth in FinTech has been tremendous. It is not surprising that the ones who have stand the test of time are now looking to (1) cash in on their hard work (2) pay back their investors and/or (3) looking for alternative routes to finance their growth. Adyen is not the only FinTech company moving towards a public listing. TransferWise and Credit Karma are just two of the more than 30 FinTech companies that have an over $1 billion valuations and may consider an IPO. In the Netherlands there are plenty of FinTech companies, however none of them ready to go public yet. Companies like Ohpen, Bux or Otly, who starred in our Coolest Tech Vendor Research in 2016 and 2017, are too small to list but are capable of, and comfortable with attracting venture capital and private investors for their growth plans.

For the Dutch Tech climate and international visibility, all the attention Adyen is getting will no doubt somehow benefit the Dutch tech startup scene. However, if we were to place our bets on the next IPO, it would not be a FinTech company. We would place our bets on Insided a company that is ticking all the buzzwords for an IPO in 2019: platform, customer engagement, artificial intelligence and machine learning. The fact that they are not a FinTech company makes them even more attractive.