“Half my advertising is wasted, I just don’t know which half.”
– John Wannamaker 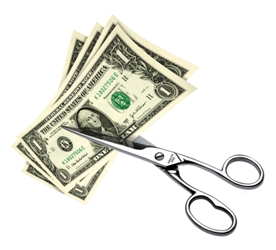 The above quote summarizes the ongoing discussion around advertising effectiveness. As social media usage continues to grow and the business use of social media becomes more and more mainstream, this debate rapidly expands to the realms of social media and its perceived benefits.
Challenges remain numerous. Hootsuite recently published survey results where 56% of the respondents admit it is difficult to measure ROI and prove they are successful on social media. Other challenges regularly include tying social activity to business outcome, developing a social strategy and securing sufficient resources.

In the meantime, social media continues to grow in double digit numbers. In the Netherlands, the biggest social media platforms in 2017 were:

In the Netherlands, there are a few companies that excel in their social media strategy. Companies that received praise over the past few years include Albert Heijn, Heineken and KLM. These companies seem to be able to strike a chord between wit, responsiveness, and integrating a social strategy with social execution. The fact that they boost impressive social media ROI’s helps as well. What these companies do have in common is that they measure the benefit of social media, which in turn justifies the investments in social media.

But identifying a suitable social media impact tool is far from easy. Most of the existing social media monitoring and analysis tools integrate the basic metrics such as likes, mentions, posts, followers, un-followers, engagements etc. Tools like Sprout Social, Google Analytics, Tailwind all do the job to some extent. In addition, social media channels themselves are increasingly offering insights into their service. Snapchat for example recently announced it will display daily reach and engagement figures (# of unique viewers and the average time they spent watching) to their professional content creators. Snapchat even takes it one step further, creators will be able to see gender, age, geography and their interests. The insights remain solitary initiatives though.

To understand the impact of social media measurement models have been developed, one, for example by Don Bartholomew, who looks at Exposure, Engagement, Influence and Action. This is similar to Avinash Kaushik who focuses at Conversation Rate, Amplification Rate, Applause Rate & Economic Rate. Though the first three elements may not differ that much from what is available, it is the latter that makes the difference. Finding the business value of social media remains a challege for many companies.

At The METISfiles, we have recently started working with a social media analyses tool that uses Ayzenberg’s definition of Earned Media Value (EMV) to calculate the economic value. Ayzenberg defines for each social media network what the value and associated costs are and models this to the Earned Media Value Index. Ayzenberg argues that though the media has changed, the EMV remains the same albeit with a different set of variables.

The METISfiles recently used this tool at a Dutch (software) vendor event. Afterwards we were able to inform the vendor that in this 2-day event they earned almost €850k in EMV. Some other highlights of the event include 6.811 mentions, 27.678.905 views and 1.101 unique users.
These numbers mean nothing without a proper context. But once segmented they do. The segmentation was made to top influencers, influencers, media (journalists etc), internal spokespeople, customers etc. making it clear to the company which influencers actually influenced the most. In this case these were not the paid influencers they originally anticipated. The analysis also showed that the company’s internal spokespeople could be much more active at evangelizing the event message.

But the key takeaway for the software vendor was that there were tangible results, leading to actual money spend and saved. In addition to value measurement, the company is now in a position to better align its social strategy, both internal and external.

Social media is still in its infancy when it comes to measuring its impact. But as it continues to grow in reach and importance, measuring the business value, challenging as it may be, will be crucial for vendors increasingly rely on an effective social media strategy.

If you are interested in social media analysis, feel free to give us a call. Alternatively – we would be more than interested to hear what kind of measurements you use to measure your social media ROI.

2018 Danish and Swedish Cloudscapes
Microsoft's Cloud Ecosystem: Can Office 365 Migrate Partners To The Cloud?
How Not To Become The Digital Champ Of Europe
Share and Enjoy: