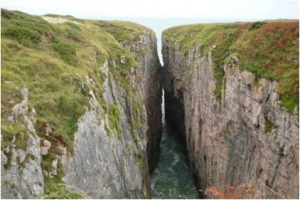 Over the past 2 years The METISfiles has published the Tech Fab 30 and 50. Looking beyond the cool factor we wanted to take a more thorough look at the scalability of these cool tech vendors, in particular software vendors. Especially as the Ministry of Economic Affairs in September announced an additional fund of €100M for scale-ups (which is a lot more than what is being reserved for cybersecurity by the way). With scalability becoming the new normal in start-up land –  and Adyen as the only true unicorn in the Netherlands so far, it should be interesting to see which companies are likely candidates for this scale-up funds.

How to qualify as a scale-up is tricky though. Similar to the frenzy surrounding start-ups several years ago, there is a lot of money to be made in the scale-up ecosystem. Scale-up programs and accelerators spring up like mushrooms, governments are providing funds, and the scale-up contests are in full swing. The reason is clear, scale-ups are much more interesting from an investment perspective and have more impact on economic growth compared to start-ups.

It is commonly agreed upon that scale-ups have an average annual growth greater than 20% per annum over a three-year period (either in revenue or employees), with more than 10 employees in the first year of observation. In the Netherlands the ECE (Erasmus) and NLgroeit have defined scale-ups as companies that grow 20% annually, and have a starting capital of either €5M euro or 10 employees. The OECD has a similar definition describing a scale-up as a company “having an average annualized return of at least 20% in the past 3 years with at least 10 employees in the beginning of the period”.

However, these guidelines remain very broad. Within this definition there are actually over 3000 scale-ups in the Netherlands according to NLgroeit. It includes a company such as Royal Reesink which has been in existence since 1786. Not exactly a company that is associated as a potential Unicorn or one that qualifies for scale-up funding. These numbers show the importance of scale-ups for economic growth, but it is more difficult to identify the interesting ones from an investment perspective.

A more challenging definition is Lorenzo Franchini’s definition (founder of ScaleIT): “A scale-up has 1 million euros in turnover in the past 12 months or 1 million users per month (for online B2Cs); at least 20% of turnover from foreign clients; at least +10% growth month on month and +100% year on year”. In addition, as a scale-up is still looking to grow, it is likely to be looking for funding, and this should be a more substantial amount (min €3M).

With more rigid growth restrictions and a requirement for foreign activity, the (international) potential of a company is probably better qualified. Within this definition, companies such as Catawiki, SendCloud, Elastic, Bynder, Insided and Relay42 are more likely scale-up candidates. However, these might already be overqualified for the funds. Most of these companies have already secured one or more finance rounds, and with their growth rate it should not be too difficult to attract additional VC money.

That would lead us to look at companies just a bit below the radar. Companies such as Bunq, a Dutch Fintech, though attracting reasonable coverage has grown 16% on the personnel side over the past year, now employing over 90 people. Appical might be another contestant. The company now has over 40 employees and international clients but needs to make that growth spurt as well. Onegini, has had little finance so far (€1.5M) currently employs almost 30 people and could be another good candidate for (international) growth.

The Dutch Investment Agency (NIA) together with the European Investment Fund (EIF) is responsible for the rollout of the fund. It will work together with a limited number of well recognized VCs. Though €100M is a substantial amount, financing scale-ups needs this kind of finance as well. Where start-ups might still be able to grow with €5K to €1M, scaling up requires larger finance deals. With this in mind the fund remains limited and it will be challenging to see what the requirements for investment will be. In addition, it will be interesting to see which companies will fall within that bandwidth.

The Mobile Gap Between Business And Consumer
Vodafone and the Enterprise Cloud
Transformation: From Traditional To Digital Economy