Privacy breaches, information dragnets, darknet, hacks, cybercrime, leaks, sometimes it makes you wonder what good information technology actually brings to human kind. Sure, media has always focused on things that can go sour; our first interest is in what disasters or negative effects inventions and innovations bring to us. And, they usually do. Alfred Nobel’s dynamite is a fine example of a great invention that made its biggest impact in late 19th and 20th century wars. At least the ongoing attention from the media for cyber warfare and smart weapon technology, makes us aware of the potential lethality and military use that information technology inhibits. 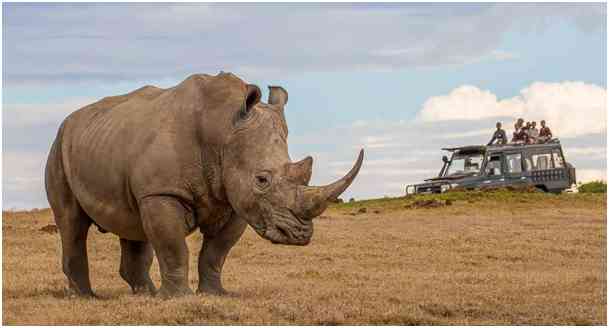 At the same time this negative focus approach tends to overshadow the positive effect information technology can have on society, economy and personal lives. And that of animals.Wageningen University, IBM, MTN and Prodapt recently announced a joint initiative to curb rhino poaching in South Africa. Rhino poaching is usually done for harvesting the horn of the rhino for use in traditional Asian medicine. But with some 25.000 rhinos left, the price of the rhino’s horn goes up and the poaching has become a highly profitable business potentially leading to the rhino’s extinction.

The problem with catching a poacher is that you never know when and where they are going to strike. You have to know where the poachers and the rhinos are. But anybody can be a poacher and actively tracking and protecting all rhinos is impossible. The introduction of drones to help protect the rhino has been positive but its effect still limited. During a conference in South Africa members of the Netherlands Institute for Radio Astronomy suggested that it should be possible to detect poachers from space. By analyzing the movements of fleeing herbivores from space, poaching activities could be detected and subsequently stopped by timely targeted actions.

The key is to be able to correctly interpret the movement patterns from fleeing herbivore wildlife in order to differentiate natural predator fleeing from poaching. Wageningen University started research into recognizing different reasons for fleeing for different kind of threats such as natural predators, poachers and tourist groups. The conclusion from the research was that, given enough data, it is possible to differentiate between fleeing behavior. In other words: it is possible to locate poacher activity and more effectively protect the rhino.

Next step was to start collecting real data. This was done by fitting sensor containing collars to prey animals in Welgevonden Game Reserve in South Africa to collect data on their moving behavior. The data was sent via the LoRa WAN Network Server onto MTN’s 3/4G network. The received data contains details on speed, distance, time, movement, location, direction and more. The data is than fed by Wageningen University into their rule based system analyzing animals’ response to external threats, eventually leading to pinpoint poaching activity. Gathering more data enriched with weather, traffic, and other contextual data, fleeing pattern recognition may even evolve into fleeing pattern prediction. This would seriously curb the poachers head start and give better chances of success for the intervention teams.

The combination of IoT, AI and Big Data can indeed be very powerful. Suffice to say that convincing people that rhino horn has no medicinal qualities and that it is primarily made of keratin (the protein that also makes up hair and nails) is ultimately a better way to go. Until then the rhino will be happy to have information technology around.