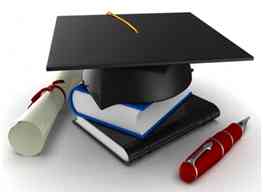 For a small country the Netherlands has some well recognized and well ranked technology universities. These universities, in turn, spin off some very interesting technology startups. Especially for these spin offs, a new venture fund was announced last week, Innovation Industries, which specializes in funding university tech-startups. The universities of Wageningen, Enschede and Eindhoven will participate and fund the initiative, Delft so far has not.

Do we need another fund?
The reason seems eligible. It is difficult for tech-startups to obtain funding. University spin-offs are young, inexperienced, not always business savvy or marketing oriented. It is difficult to get money from VCs who have strict requirements when it comes to growth and leadership capabilities.

Is there no money available then?
There should be plenty. At a time where interest rates are at an all time low, people are looking for investment opportunities that promise higher returns than their saving account. Venture Capitalists and Private Equity firms flourish. The Innovation Fund has €75 million available. Last year the combined Dutch Venture Capitalists raised €725 million in total: a record so far. In total Dutch Fund managers (VC & Private Equity) raised €2.4 billion, confirming the excellent climate to raise funds. So the €75 million is welcome, but does not make a significant difference.

Where do they spend it on?
A large amount of the €2.4 billion goes to buyouts. But also 204 startups (mostly life sciences and ICT) received VC funding; €185 million in total. The numbers are not much different from previous years. The entrepreneurial climate has however improved, resulting in more startups than ever before. Of course not all of them have unicorn potential. As a result there is an increasing investment focus on scale-ups rather than start-ups.

What about the competition?
As stated before, there appears to be more than enough funds available. Not only from Dutch VC’s, but also from crowdfunders, start-up initiatives such as Start-up Bootcamp, angel investors, and foreign VC’s. Last year for example Cottonwood Technology Fund opened an office in Eindhoven, focused on the many interesting tech-startups that need seed funding. Next to the pure finance focused firms, there are tech-startup associated initiatives such as YesDelft for example, or High Tech XL Eindhoven.

Is there a market then?
Though the universities themselves claim large numbers of start-ups (Twente university claims 800 successful startups, YES!Delft claims over 200), the actual number seems a bit more modest. The FD recently compared spin off numbers from the 4 universities, who jointly delivered 27 spin offs in 2016 (compared to 29 in 2015). With only 27 spinoffs, there would be €2.7 million available for each of them if they turned to Innovation Industries only.

Money’s too tight to mention?
It makes you wonder whether money is really the thing that is needed. Technopolis did a survey in 2015, and looked at the needs of academic startups. The main challenges they identified:

With an overkill of start-up initiatives and investors alike, availability of money is not the issue. There is no need for another fund. Instead investors should look at how to be less tight or a bit more generous when it comes to investing in academic tech-startups. To better support these startups, investors should have a more hands-on approach, supporting them with their business plans, tutor them in business skills and start fostering some entrepreneurial DNA into the academic tech-startups.

Who Is Afraid Of Microsoft And Skype?
The GM & Lyft Alliance – If You Can’t Beat Them Join Them
Prison Guards Terminated
Share and Enjoy: