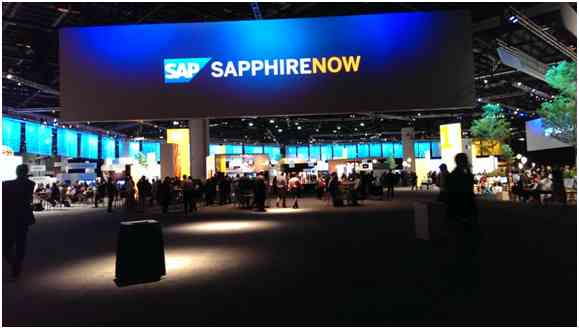 During this week’s SAPPhire Now in Orlando, SAP emphasised the expansion of its ecosystem. To mention a few:

But most significant, SAP is (finally) adopting a multi-cloud strategy where their customer can run SAP solutions on other infrastructures rather than SAP’s own PaaS offering.  SAPs cloud platform is now live on Amazon, Azure and Google are to follow shortly.

There’s a few vendors clearly taking the lead in cloud market share (AWS, Microsoft, IBM and Google), and some challengers, in sub-segments like Salesforce and Oracle. In an era where digital transformation fuels IT spending, according to IDC approaching $1.2 Trillion in 2017, cloud is only one of the money makers. Other drivers for growth are IoT developments, Big Data, AI, robotics etc. So why would SAP bet on cloud only? It makes more sense to spread your chances. In addition, SAP’s core business is not cloud. It is bringing business solutions to its customer. SAP doesn’t need to own or control the way these solutions are delivered to the customer.

Comparing it to traditional distribution methods, customers bought their IT business solutions from a reseller or VAR, sometimes direct from a vendor, but in most cases from a total solution provider. SAP did not care who delivered, as long as they delivered to SAP standard. And the more partners they had delivering their solutions, the better. They would not have dreamed of owning the delivery method.

Like other vendors, SAP is expanding its partnerships beyond the core IT business solutions, focusing on high growth areas such as IoT, AI etc. It recently announced a partnership with Google, which was given more detail during last week’s event. SAP Leonardo (SAP’s set of digital innovation technologies) will be working with IBM Watson solutions to combine procurement intelligence with predictive insights from unstructured information. To remain relevant for the start-up scene SAP also recently announced the SAP.iO Fund, with $35 million available for early-stage investments in software startups. This runs parallel with other initiatives stimulating startups in the SAP ecosystem.

The question is whether vendors like SAP are moving fast enough though. SAP is late to announce a multi-vendor cloud strategy. In addition, any self-respecting tech giant has its own start-up fund. What most tech vendors still lack, is the move to an expanded ecosystem, recognizing that non-IT partners influence the digital decision makers. If we are to reach the promised $1.2 trillion Digital Transformation market, it will not be consumed by IT managers alone. The traditional vendors will need to address different budgets and stakeholders that not being targeted through its current ecosystem.