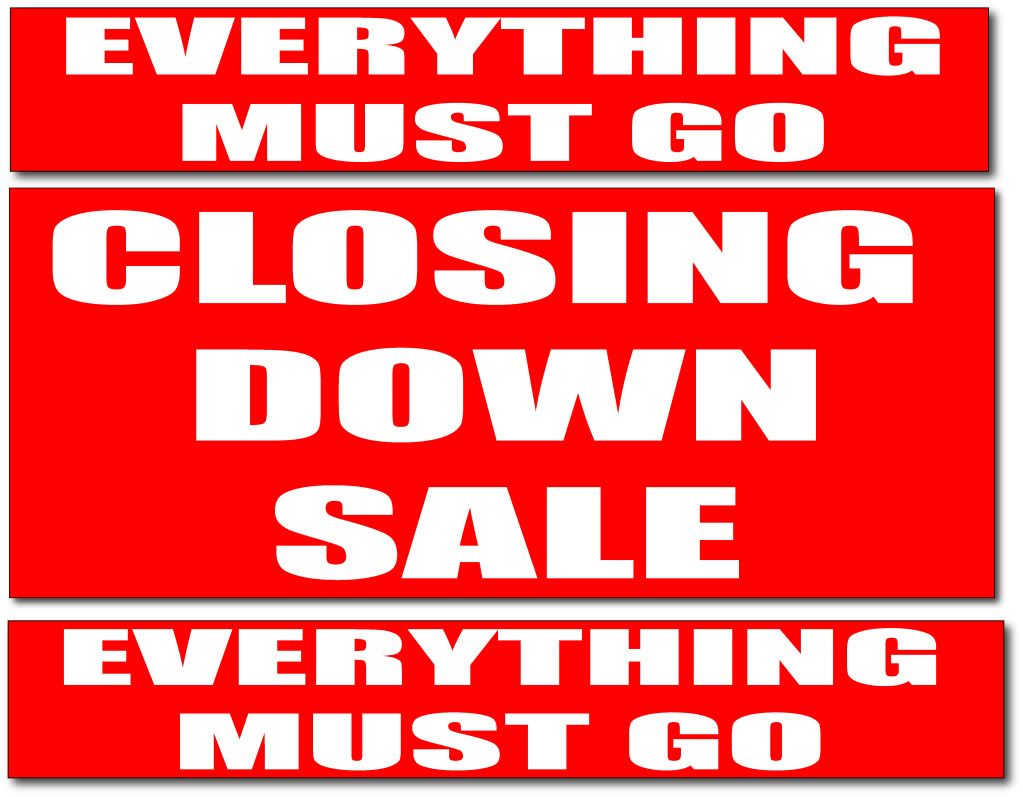 etail has always been a good indicator of the state of the economy and consumer confidence. The economic crisis following the financial crisis of 2008 and 2009 saw a sharp decline in consumer household spending on consumer goods. Even in 2015 spending on consumer goods was still 4% under the all time high of € 259 billion of 2008. At the same time consumer spending on services has increased 15% compared to 2008. Yes, retail shops selling goods are having a hard time.

From the table below we can see that traditional high street and city center retail has taken a severe beating over the last few years. Especially 2015 was a dramatic year at the end of which Dutch department store icon V&D finally caved in. It is a sizeable list and so far 2016 shows that the end is no way near. Fashion, shoes and consumer electronics have been hit hardest. Only  this week one of the last electronics survivors Scheer & Foppen – including its e-commerce brands Bobshop.nl, Internetshop.nl and Modern.nl – went out of business after seeing 16 potential buyers in the last two months dropping off.

Retailers that went out of business since 2013 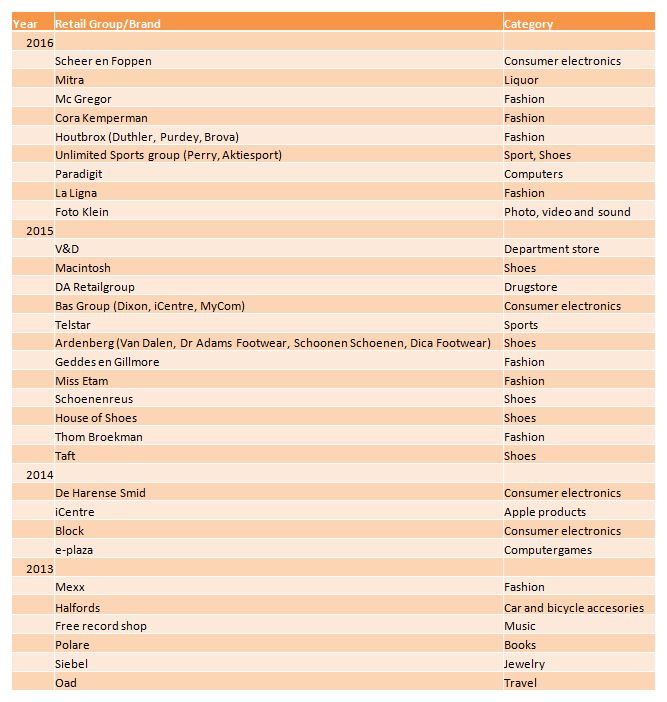 And it may not be over yet. Following a loss of € 20 million in 2014 and € 52 million in 2015 Blokker holding (Bart Smit, Intertoys, Big Bazar, Leen Bakker, Cook&Co, Marskramer, Xenos, Blokker)  has still not been able to turn the tide. Times are changing rapidly for the leading high street brands. With the economy improving and consumer spending slowly growing it can no longer be blamed on the tight consumer. Moreover, consumer spending on services has continued to grow over the last 10 years. What is wrong with high street retail?

In previous posts on the Dutch digital economy we concluded that in 2014 11% or €15 billion  of total consumer product spending is done online. We also noticed that it took some 20 years to get that far. Nevertheless 2016 could be the watershed year for consumer e-commerce to accelerate from its historic half point share growth a year. The list of companies that went broke tells the story of the current Dutch retail sector. And it isn’t a good one. There are many reasons for this situation but it may just be a fatal combination of high real estate prices, lack of qualified employees, falling prices and margins, out of stock issues, and the rise of Dutch e-commerce. Or just lack of innovation.

The financial and economic crises of the last eight years may just have accelerated the demise of traditional high street retail. But as we climb out of the crisis real estate prices and rents for high street locations have not substantially decreased. Traditional retail shops need to include the rental cost and cost for qualified personnel which makes competing with pure e-commerce players an uphill battle. At the same time, e-commerce is becoming increasingly successful in other product categories than just books, music and video. E-commerce entrepreneurs have continued to invest in technology for creating a better and more immersive and natural online shopping  experience, including a much improved fulfillment process.

As online shopping is becoming the new normal for buying stuff, traditional high street retail will have to accept that increasingly fewer consumer transactions  originate in their stores. High street and city center outlets will however not go away. The attraction of consumer traffic in high street and city centers is still too valuable to pass on. But instead of focusing on making in-store transactions, physical outlets will increasingly be used for generating unique consumer experiences, showcasing products, brand building and brand association purposes. These may just also be important reasons why companies such as Amazon, Zalando, Coolblue and Neckermann are planning to open (more) physical shops. Exposure, and brand building , but also physical drop-off points and a more personal shopping experience are reasons for e-commerce giants getting physical. Traditional retailers now should really be worried as e-commerce companies are starting to target traditional retailers unique selling points. They better get their online and offline act together very quick or join the list.

The Future Of The Desktop Is Out Of The Box
Dutch Software Innovation – We’re Scaling Up!
KPN And Deloitte Assure The Dutch Cloud
Share and Enjoy: