Recently we published an infographic on the Top 1500 European Public Cloud Computing Providers covering the European IaaS, PaaS and SaaS ecosystem. For a closer look at the characteristics of European SaaS companies we have now combined the nine countries we currently cover into a European SaaS Top 1000. Check out the table below for more information (click on the picture to enlarge): 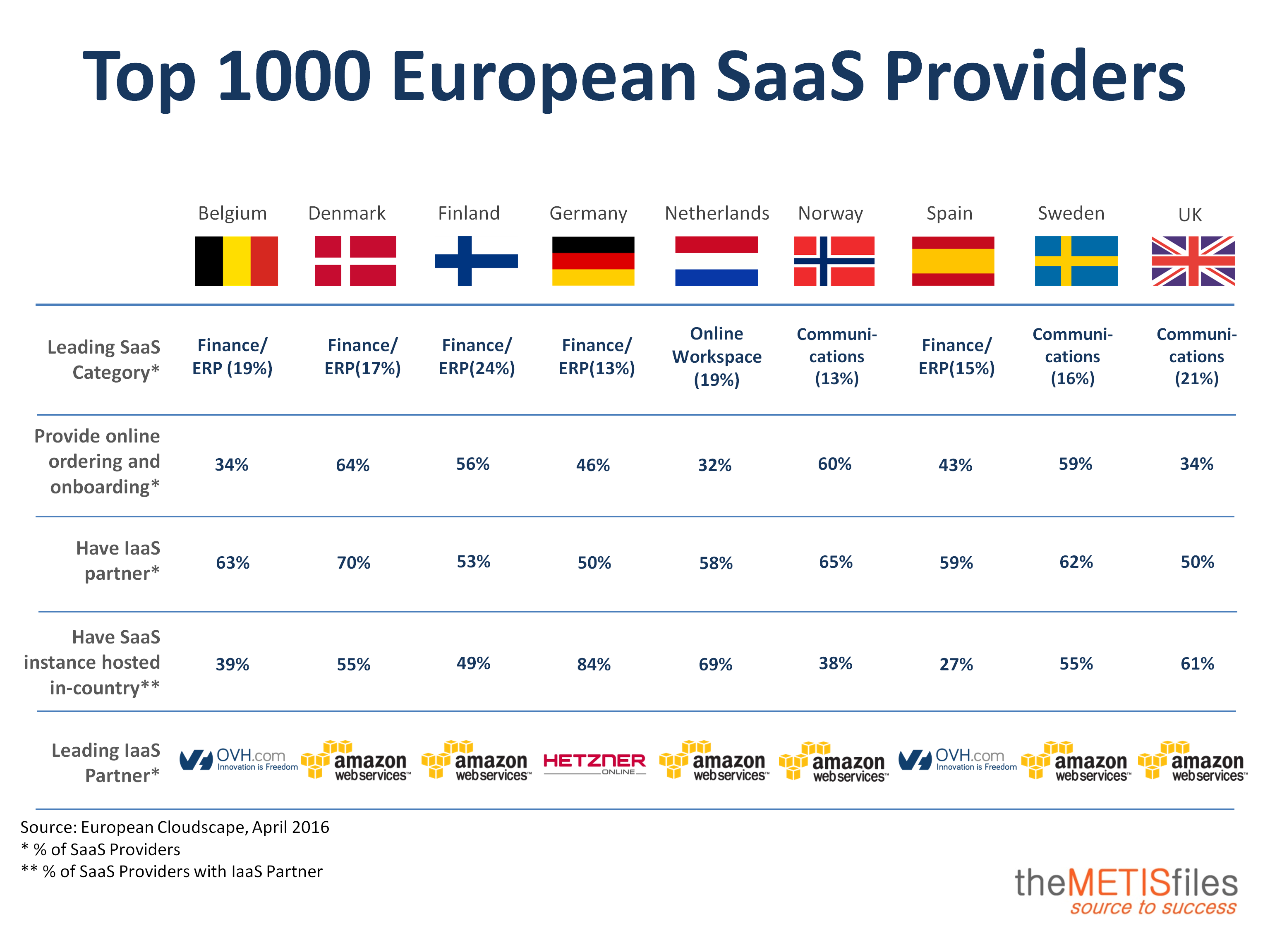 Some interesting characteristics of the European SaaS Top 1000 include:

Check out our Cloudscapes for Belgium, Denmark, Finland, Germany, Netherlands, Norway, Spain, Sweden and the UK.

The Fab 50 – The 50 Coolest Tech Companies in the Netherlands
Majority of Norwegian Cloud Providers Do Not Offer Online Ordering And Onboarding
Leading IaaS Partners of European SaaS ISVs
Share and Enjoy: