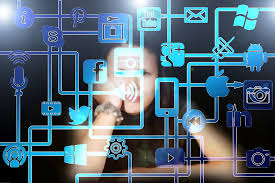 With Jack Dorsey back in the saddle Twitter is trying to get some grip on its future. Not a small effort for Dorsey as he is also CEO of Square who just announced its IPO. But Twitter needs quite a bit of work as investors are not really happy with how things are going. Dick Costolo had to step down in June because investors expectations that surged after Twitter went public in November 2013 had not been met. Dick fell in his own IPO sword: he couldn’t deliver.

Twitter’s Q2 earnings however beat analyst expectations; revenues were up 61% YoY. Losses are still considerable at $137 million for the quarter but less than last year. What is worrisome is its user base. Twitters user growth rate is already declining while it’s user base is not big enough to remain or become a profitable platform. So while revenues are sort of OK the long term outlook is what worries investors and hitherto sent Twitter shares down.

Twitter started out as a social media experiment that was to integrate SMS, IM, RSS and email. Messages of 140 characters became the new standard. Twitter claims to have 316 million active users per month of which 80% are on mobile devices. Some 500 tweets are sent each day. With 140 characters and 6 seconds of video Twitter is an ideal smartphone platform and since mobile is the future Twitter is a high potential in the eyes of investors. But the US user base did not grow at all in Q2 while the international user base grew by a meager 4%. There definitely are issues with Twitter.

Jack now has come back to solve these issues. One of his first tweets as CEO was to announce 336 lay-offs, mostly software developers. That was the easy part of getting Twitter refocused on growth. The more important issue for Twitter is how to become and remain big and relevant. That is not going to be an easy task. When observing Twitter one is looking at a big megaphone that seems to have reached its limit in terms of an audience that is willing to spend time to listen, view and sometimes send a message or rant.

Social media is widely recognized as the answer to one-to-many oriented traditional mass media. Social media is all about engagement and interaction. However from that perspective Twitter fails. It is turning more and more into a link (re)directing machine where writers point you to their home page, e-commerce website or publication. Nothing engaging about that. Twitters live stream video product Periscope is actually adding even more clutter to the net. And again it does not invite you to engage or interact but rather feels like an old fashioned broadcasting technology with a fresh interface. But as live streams go mainstream Periscope and its rival Meerkat have unintendedly introduced the newest harassment tool as well as the ultimate piracy facilitator.

Is social media at a turning point? The new app Peeple which was framed as the Yelp for people, is all about rating people even without them knowing it. After public outrage Peeple’s CEO Julia Cordray has disappeared from the Internet trying to figure out why people hate her. Apparently people somewhere draw a social line. Maybe that is Twitters real problem too.

It is Official: an E-book is a Book
Digital Transformation in the Netherlands
SaaS Segmentation Struggles