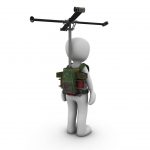 Last month Startup Bootcamp announced its 10 finalists for the Startup Bootcamp E-commerce. The E-commerce bootcamp focuses on Ad & Marketing Tech, Mobile First, Payment solutions, Logistics, Data & CRM and Social Shopping. As the Netherlands is gaining traction with high profile startups like Adyen and Ohpen it may not be a surprise that there were 4 Dutch startups among the finalists. The fact that the program (starting 10th October) actually runs from Amsterdam may have had some influence as well. Dutch finalists are:

The finalist will take residence in the prestigious office space B.Amsterdam, starting the program as of October 12th. They will work up to the demo day, taking place January 22nd.

They have some illustrious predecessors, one of them being Yippie, a startup who completed the bootcamp last year. Yippie announced a €6k investment last September to further grow its offline shopping app that compares competitive retail prices. The controversial Tom Kabinet is also one of the 2014 alumni. But there are also failures. Saddl is one of the 2014 finalists that did not manage to maintain growth and secure additional funding. Their website informs us that they have ceased their activities.

In perspective, accelerator and incubator programs are proving to be good business. Startup Bootcamp has grown significantly and makes an excellent business out of startups. Since its inception in 2010, they run 11 accelerator programs in 8 countries. At the moment there are over 180 SBC events planned. With 140 companies participating in their programs Startup Bootcamp ranks high in the Seed-DB.

According to the same database, there are over 230 accelerator programs running worldwide, and almost 5000 companies have joined an accelerator program. In total these companies have secured $13 billion in funding. Y Combinator is probably the best known worldwide. Y Combinator has invested in 940 companies including Dropbox, Airbnb, Coinbase, Stripe, and Reddit. According to Wikipedia, the combined market capitalization of YC companies is over $65B.

These numbers make it even more challenging to overcome demo day. The vendors mentioned above have managed to hit first base, now they’re up for the second. Demo day will be important for them for pitching their growth plans to the people that matter. But then again, its demo day every week. Last Tuesday the winner of the Dutch Legal Tech Startup Awards was announced (Clocktimizer). In the same week Rockstart’s Accelerator Digital Health announced the 10 finalists for its new program.

In other words, there are many programs, many events, many awards, even more startups. How to stand out and become one of the success stories remains challenging. Making a case for a good business plan is just the start.

Four Scenarios For The Social Enterprise: It Takes Two To Tango!
The Future Of The Desktop Is Out Of The Box
Tablet Getting Ready for Business