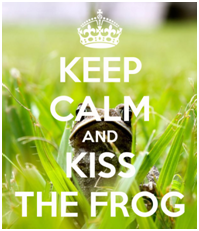 Last week Visma announced the launch of a national road show to reach startups. The theme is ‘yes you can’ and startups are invited in Visma’s Volkswagen Transporter to pitch their business. The pitches are collected and distributed via social media and the winner gets a free trip to Silicon Valley. With this initiative Visma aims to get more traction with start-ups and small business for Visma’s online financial software eAccounting.

Visma is not the only vendor reaching out to the start-up community. By now almost all vendors have attractive offers for start-ups. More over if you’re a startup still paying for IT infrastructure and not having been to Silicon valley, you’re probably a rarity.

For example, last June Microsoft announced Bizspark Plus support for start-ups with free cloud services (up to $120.000). This was one of the latest initiatives next to the already existing startup programs. To woo the startups Microsoft also offers access to its Innovation Centers, Ventures Accelerators (with mentors, technical guidance & tools), and a Customer Access Program. Google offers its Google Cloud Platform to startups ($100,000 in credits), has its Google Ventures investment arm and offers Google for entrepreneurs, offering office space & communities to entrepreneurs locally.

Not only do vendors support start-ups directly, indirectly they are also making large sums of money available to attach their brand name to this segment. Think about investments in local startup bootcamps, IBM’s sponsorship of StartupDelta, Google’s sponsorship of The Dutch Startup Award (TNW) and the support by various vendors for a variety of venues that offer office space and equipment.

This is just mentioning a couple of initiatives and two leading vendors. But there are many more initiatives such as the efforts of giants like Amazon, HP, Intel, SAP and Oracle who all want a piece of the start-up action. The appetite is understandable, access to startups equals access to talent. In addition, attaching start-ups to your platform at an early stage can commercially benefit you at a later stage, if they all turn out to be the next Apple, Google or Microsoft.

But they don’t. Many startups fail for one reason or another. Statistics show that especially in the area of information technology there is a high failure rate. Startups in finance and education or health tend to be more successful. And the reasons for failure are simple: they range from plain ignorance (like not paying taxes or taking advice from friends and family) to more unexpected ones like growing too fast. And in many cases vendor investments in and support for startups have outgrown the (cash) benefit they could ever deliver.

On a more positive note: there are many more soft rewards. The aforementioned access to talent is an important one. Spreading the risk of product development by co-developing with startups is another. In addition, personnel can be motivated to add value to a startup with their knowledge, increasing the benefits for both employees and the attached startup. And vendors also value the fact that they can expand their ecosystem with new and promising companies, which benefits their existing partners as well.

These are also the reasons why we see increased activity from vendors and VCs in Europe. The IT investment climate in Europe (and in the Netherlands) is improving. A growing number of vendors facilitate startups in kickstarting, expanding and growing their business, while at the same time hoping they will hit the jackpot. Now it’s up to the startup to pick and choose wisely.