Now that Alcatel-Lucent is to become part of Nokia, it’s a good time to look back and see what has happened over the last decade or so in the global telecoms equipment market. The picture that emerges is one of consolidation and divestment. Consolidation into four major players: Huawei, Cisco, Nokia and Ericsson. Divestment of consumer, handset and enterprise units into a number of “new” players: Belkin, Avaya, Alcatel Lucent Enterprise, BenQ, Gigaset, Unify, Microsoft, Lenovo, Motorola Solutions, Sony and Mitel.

In hindsight we can conclude that the emergence of Apple’s iPhone, Cisco’s continued enterprise market dominance, and the emergence of Huawei as a global low-cost all singing and dancing telecom equipment player are the primary reasons for this disruption. Consolidation has been primarily driven in response to Huawei. Significant divestments and spin-offs of consumer and handset units have occurred because of Apple iPhone. The sale of Nokia’s smart- and feature phone division to Microsoft is the perfect example of this. Divestments and spin-offs of enterprise units have been a response to Cisco’s enterprise dominance. The graph below depicts what’s happened (click to enlarge): 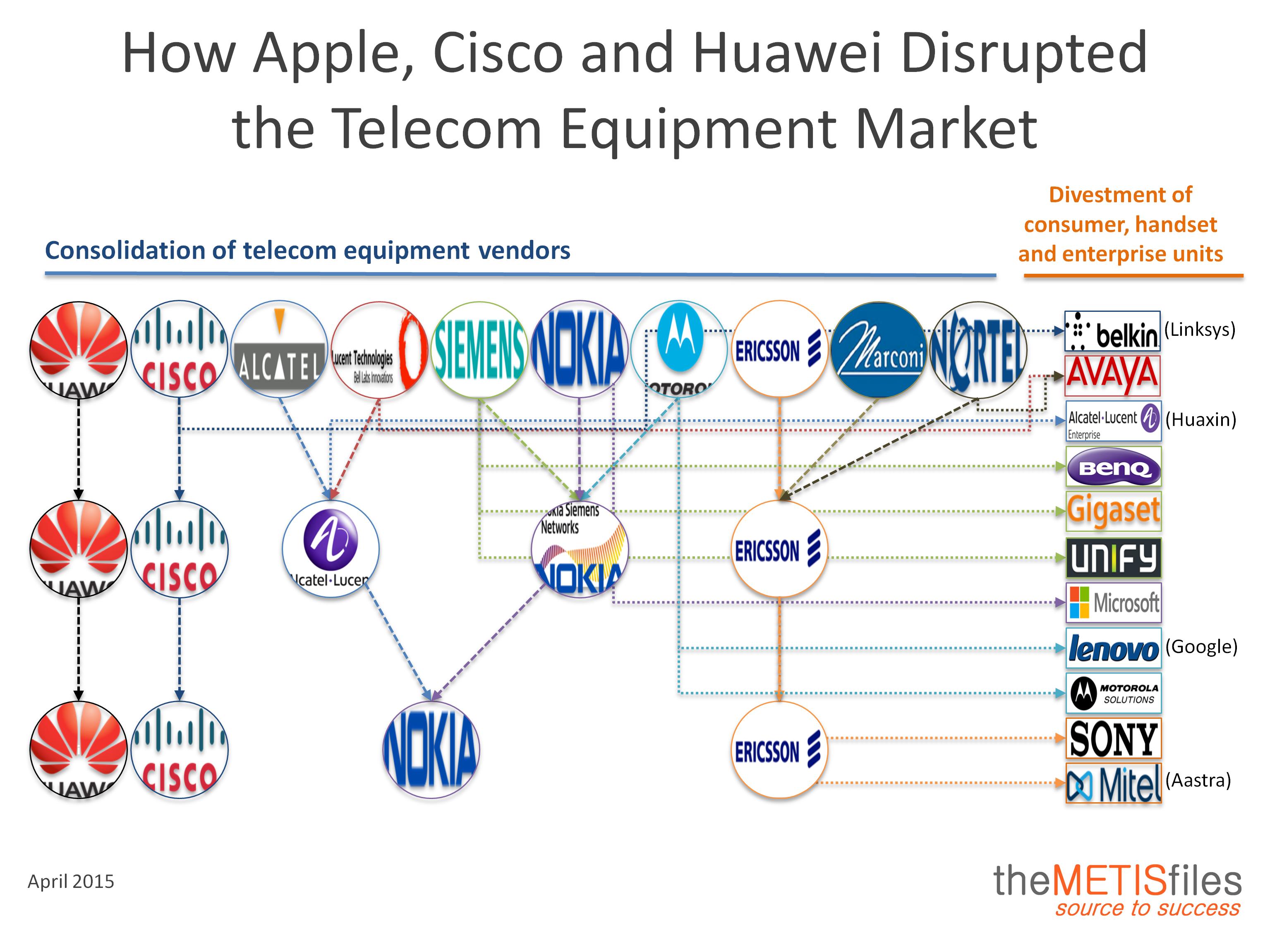 We expect that mergers and acquisitions between telecom service providers will continue. This will create larger buyers that will put downward pressure on equipment prices. As a result there will be continued consolidation in the service provider telecoms equipment market. We believe Cisco will continue to dominate enterprise networking for the foreseeable future, creating a need for further consolidation of enterprise equipment players.

How Smart Should The Smart Home Really Be?
Looking Back and Ahead
Betting on the Blockchain

6 Responses to “How Apple, Cisco and Huawei Disrupted the Telecom Equipment Market”