Who are the largest Dutch cloud & hosting providers? We have created a top 10 for both independent providers and for IT providers that have cloud & hosting divisions. In our top 10 we only include providers that have their worldwide headquarters in The Netherlands. The ranking is based on size (in terms of the number of employees) and the data is taken from publicly available company information. This post is dedicated to the independents, IT providers will follow later. Some characteristics of the top 10 include:

Update 23 February: In the Top 10 IT-Ernity (136 employees) has replaced Interconnect (60 employees). The number of employees for Yourholding is now 100. TransIP has been added to the runners-up.

Update 26 May: Sentia is now in the top 10. Data for other top 10 providers has been updated.

Update July 7: TransIP is now in the top 10. IS Group has been acquired by KPN and is no longer independent

Check out the graphic below for more information: 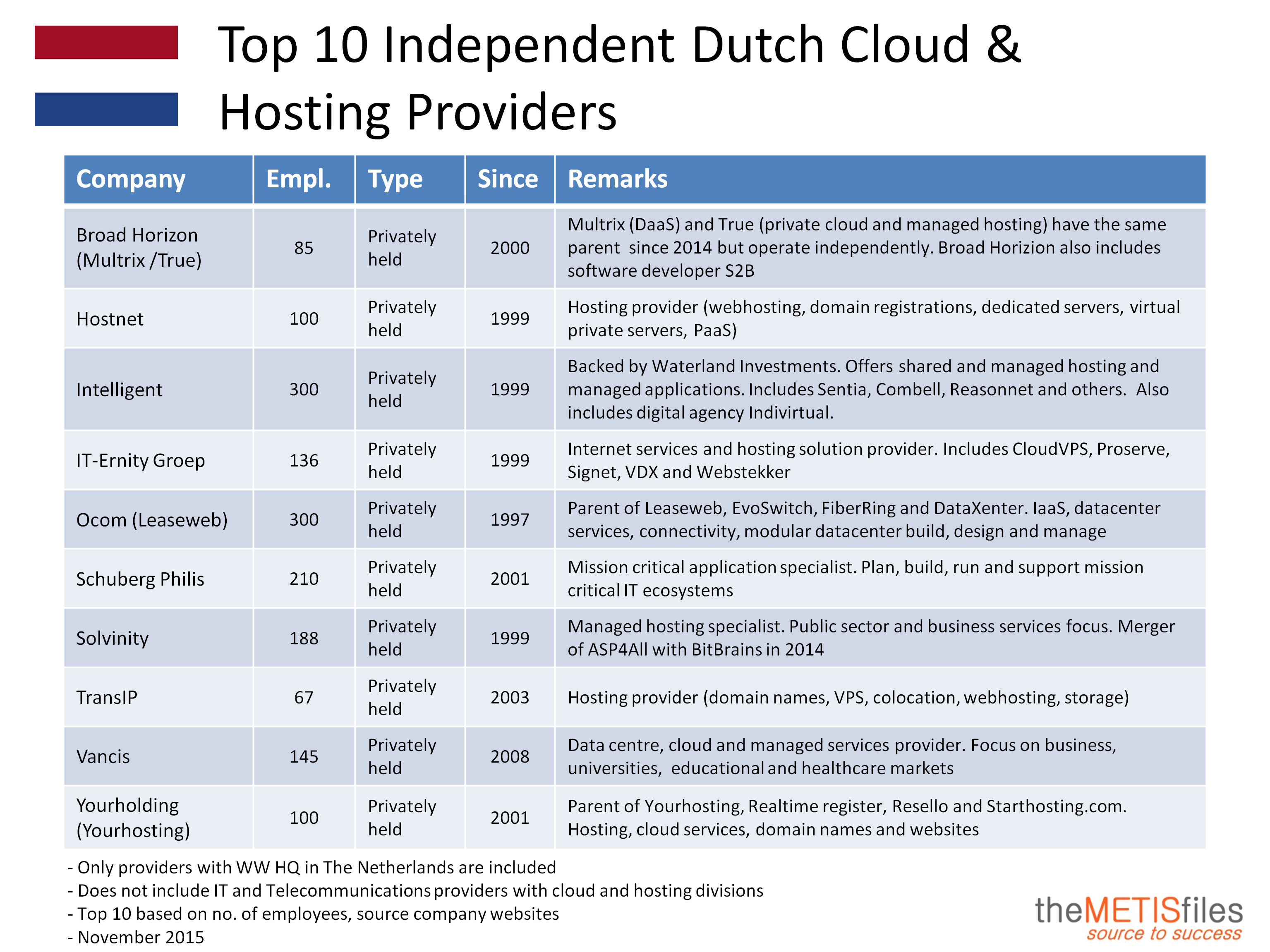