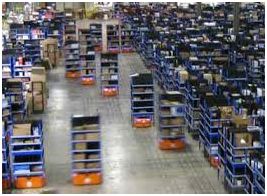 Robots are hot these days. Until recently only some people feared that robots could and would take over much of our work. Most economists still believe that robots will free workers from laborious monotonous work in sweat shops. They will also readily admit that robots are about to take over more skilled work as well. But most of them are still convinced that robots will only free up more time so humans can rise to better/higher paying jobs or do more satisfying work.

At the same time we are beginning to understand that robots and the digital revolution are different from the machines created during industrial revolution. Innovation is in fact accelerating. The publications of Erik Brynjofson and Andrew McAfee (Race Against the Machine and The Second Machine Age) state that robots have evolved from machines that could turn nuts on bolts into machines that start to ‘think’, ‘behave’ and move more like humans. Industrial robots are taking over increasingly larger parts of production processes. But as we wrote in earlier posts on the future of work (here , here and here),robots start to replace jobs in the services sector as well: flipping burgers, dispensing medicines or guarding prisoners is no longer the privilege of humans only.

Putting sensors, software, networks and data together creates robot capabilities that can maybe replace even a typical human job like order picking. Well, at least they can replace part of the order picking job. Amazon, having some 50 fulfillment locations, has deployed 15000 KIVA robots in 10 of its distribution centers. The KIVA robots actually only do the heavy lifting for the order pickers by transporting products up to 350 kilo’s to a packaging location. They are strong, nimble, exact, fast and aware of other robots. Moreover, they are getting cheaper and more reliable, they do their jobs 24/7, are never tired or sick (they do need power and are, like all other machines, susceptible to wear and tear) are not part of a union, don’t ask for a raise or go on strike. That last part may come in handy after labor issues started in Germany last year where order pickers complained they were being treated more as robots than as humans. Early December last year part of the German Amazon employees went on strike for the second time that year and threatened to continue the strike during the Christmas holidays.

Amazon initially will address German labor issues by speeding up the construction of a second distribution center in Dobrovíz in the Czech Republic close to Prague International Airport and less than 100 kilometers from the German border. At the same time it will make them think even harder about exploiting the increasing capabilities of the next generation robots and automate the fulfillment process even further.

In 20 years Amazon has grown into a retail giant generating $74 billion of revenue in 2013. However with an operating margin of 1% – which is not unusual in the retail sector – and its 132000 employees, Amazon has a lot of cost cutting potential. Amazon would not be Amazon if it would not try to further automate the fulfillment process. Not only will the next generation of robots take over more of this process, drones will be used for final delivery. As shown in an Amazon Prime Air promo clip drone delivery of packages is not science fiction anymore. But looking carefully at the video we still see order pickers putting the requested item in a plastic basket, ready for shipment by a drone. Apparently order picking requires a complex combination of specific skills that is very difficult to build into robots (yet). So while robots will take over an ever larger part of logistics order pickers could well be the last humans standing in the Amazon fulfillment chain.

How Smart Should The Smart Home Really Be?
Social Media: IT Vendors Mobilize your Channel!
Betting on the Blockchain