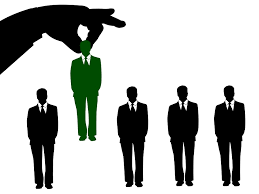 2014 was not a great year for ICT investments. Our initial findings show that ICT spending grew, but not by much (between 1% and 1.5%). The low growth is in line with our meager economic performance but also caused by the negative growth rate of the telecommunications sector. Services +3% and Software +5% make up for that. The telco sector and more in particular KPN continues to decline causing the management to announce once again a plan for a 10% reduction of its 15000 employees. On the other hand software and services companies are, on average, hiring. On average, because software and services firms are betting on SaaS and online software and need to hire people to make the transition. But hiring does not necessarily mean hiring in the Netherlands.

In October last year Exact announced it has received a takeover bid from APAX, a private equity fund that offered € 32 per share valuating Exact at € 732 million. Since all parties agreed to the takeover plans Exact can now be serious in becoming a top-3 player for small and medium companies. With the takeover and backing of APAX it wants to invest €70 million for the worldwide roll-out of Exact Online. To do that it wants to attract hundreds of software developers. These new employees will not be based in Exact’s Kuala Lumpur subsidiary but in the Netherlands. Good news for Dutch employment although it remains to be seen if these positions will be filled by Dutch employees.

Business software company Unit4 from Sliedrecht also has international ambitions. The company was bought last year by Advent, a US investment fund, for $1.2 billion. But unlike Exact where, for the time being, the management will stay in place, Unit4’s management was completely replaced. A new CEO, José Duarte, was appointed and former managers from Siemens, SAP and Software AG have joined the management ranks of Unit4 to exemplify its international ambitions. Unit4 wants to be an international leading provider of business software for services companies. This week the new management announced it will invest in and restructure the organization. One of their first actions is to shift more R&D and services resources to Portugal, Spain and Poland causing the disappearance of 300 Dutch jobs.

So the hiring of hundreds of new Exact developers and the lay-offs of 300 Dutch Unit4 employees tells a story. The history of both companies is more or less equal, so is their size, their roots and acquisition by an investment fund. But that is where their paths to an international leading position diverge. It seems that ambitions can be realized both through restructuring of the organization and resource relocation but also by keeping the structure and resources in place. If a Dutch CEO is at the helm in a Dutch organization expansion could well be driven from and by the Dutch organization but if a Portuguese CEO is appointed expansion will be driven through restructuring and resource relocation to Portugal (and Spain and Poland). Is it that simple?