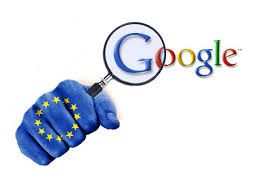 Monopolies are markets with just one provider for a service or product. They are considered harmful as the lack of competition generally results in market inefficiencies at the expense of buyers. Most countries therefore have laws against the abuse of a company’s (near) monopolistic market position. In the past anti-trust suits were filed against AT&T and IBM in the US. In Europe anti-trust actions are also not that uncommon, the Microsoft case ruling in 2004 being especially noteworthy. In this ruling on licensing and bundling Microsoft software it was stated that Microsoft’s Windows dominated 90% of the PC market and 70% of the server market effectively barring competition. Microsoft paid steep fines totaling €1357 million before it finally abided to the 2004 EU ruling. They remained a dominant player in the PC ecosystem afterwards but in the meantime momentum swung to smartphones and tablets making their dominant PC position less relevant.

The new bad guy is Google. In 2010 the EU started investigations into Google’s dominant market position in web search. The investigation has since been dragging on for 4 years and did not result in an acceptable outcome for either party. Last week European parliament members Andreas Schwab and Ramon Tremosa proposed a Google break-up. Today the motion was accepted. The EU parliament, however, doesn’t have the right of initiating new legislation. But with the motion now accepted there may be enough support to call the European Commission into action regarding legislation forcing a Google breakup. The new EU commissioner for Competition Margrethe Vestager treatsthe Google case with kid gloves. She is much more cautious than Gunther Oettinger the new commissioner for the Digital Economy who, even before he took office, took a public stand against Google’s dominant market position.

Is Google too dominant?

Google’s Android platform owns 70% to 80% of the EU smartphone market and, according to the EU, close to 90% of the search engine market. Based on these numbers and the Microsoft case 10 years ago Google realizes that accusations from the EU competition department regarding market dominance should be handled with care.

Google’s grip on the search engine and mobile platform is dominant but are there really no viable Google alternatives?

There are actually good search engine alternatives with Bing and Yahoo being the most prominent. For Android, iOS and Windows phone are viable alternatives. That is: they are good alternatives for users, but who wants to advertise on Bing or Yahoo if 90% of the EU users use Google as their primary search engine? And which developer can afford not to develop apps for the Android platform or not to offer its Android app on Google’s Play?

Is Google abusing its dominance

The problem of market dominance is not with the individual products but rather with a powerful platform ecosystem in which Google calls the shots. Google has become the spider in the information web and as such controls much of the information flows. In that respect the EU investigations into search and Android are interconnected. The accusations against Google of abusing its dominant market position are serious but the term abuse is vague and proving abuse may be too difficult for the EU.

How bad is it?

The EU – Google case is by all means a complicated one. In January the search engine issue was almost resolved but a final decision was delayed as more complaints were received from competitors. At the same time the EU is probing into Google’s alleged abuse of its Android market dominance by promoting its own services and limiting access for competition while at the same time locking in manufacturers. But there is more. Google’s Irish tax route (coined the Double Irish arrangement) is causing a public debate. While Eric Schmidt is proud of Google’s tax evasion (calling it capitalism), government and EU, under pressure of the media and general public are now trying to close the tax loopholes. This year there was also the EU ruling on the right to be forgotten. In Germany, France , Belgium and Spain, there have been legal battles between publishers and Google over Google republishing snippets of information at no charge. The outcomes of these battles have not lead to any notable change to the existing situation which makes Google the de facto winner of the dispute. But it is a Pyrrhus victory as it also reconfirms Google’s perceived market dominance. Together it is enough for Google to be permanently on the EU competition radar screen.

But maybe Google’s biggest worry should be its rapidly changing image from a good guy to a bad if not an evil guy. On top of the EU investigations, Google’s privacy policies in the aftermath of the NSA snooping scandals, the potential privacy implications of Google Glass, as well as Google now also being a defense contractor (owning Boston Dynamics) has not helped its clean reputation. Moreover it does not really fit with its ‘don’t be evil’ slogan. In the end it may well do much more harm to Google than a stiff fine or a Google Search break-up.