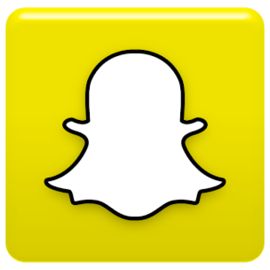 The list of social media companies is becoming quite long. Remember MySpace, Flicker, Friendster or, for that matter, SecondLife, all way back in the 00’s? All of them have already been replaced by more contemporary and more exciting alternatives such as Yahoo, Facebook, Twitter, Instagram, Tumbler and Pinterest. And all cater to yet another new aspect of your social life. In the mean time people have come to understand that the social part of social media is nothing less and nothing more than users digitally interacting with each other. But most of us have also come to realize that social media companies are not to be compared with not-for-profit organizations. Social is their business and consumers are their product.

As a consequence social media (start-ups) have to think about making money. From day one they have to figure out the best working business model for their social business. Fortunately there are a quite a few business models out there to evaluate: subscription, affiliate & referrals, lead generation, selling virtual goods or content, discounts & deals, freemium and … advertising.

But if you are going for the most eyeballs or highest traffic, say you have a hot consumer app, going for the ad model is a no brainer. Whether it is Facebook, Twitter,Youtube, Instagram, Tumblr, Pinterest, they all went down the ad road. Even Skype with its Skype-in and Skype-out money makers could not walk away from the easy ad money. The more traffic a site generates the more attractive the app or site is for advertisers and the more $ a company can ask for an ad. It is a great model. Especially since the outlook for digital ad spending looks bright: according to eMarketer digital ad spending is expected to grow by a compound annual growth rate of 10 % a year until 2018. That makes the ad business model even more attractive.

Businesswise moving to the advertising model is a logical step for high traffic generating social media sites and apps as Facebook has shown with $7 billion in ad revenue in 2013. The only downside is that users have to put up with these ads. Still it seems that users are not switching in large quantities to alternatives.

And then there was Snapchat. First playing the privacy card by creating an app that lets messages and pictures disappear after a few seconds so that nobody would ever see it but you. Quite successful too since they are now valued at $10 billion. Last weekend it decided it had to make some money too. Guess what Snapchat did? Right, they introduced Snapchat ads. They started out pretty low profile in order not to upset current users. But so did Facebook which is now full of the most annoying ads.

For high traffic generating social media it is hard to escape the ad money, it is like the proverbial low hanging fruit: proven and growing. Besides, investors need to see their money grow as well. Consumers in the mean time must hope that soon some smart dude develops the one ad-blocker to block them all. Based on a high-volume low-price subscription model good money can be made here. If that would happen social media really have to up their game. But really, would you pay for Instagram, Pinterest, Twitter or Snapchat?