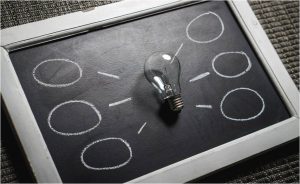 This week Forbes released its list with the most innovative companies. No.1 on the list was for the fourth time in a row Salesforce. Funny enough, the vendor who has grown its business with a prominent No Software slogan is grouped in the application software category. Besides Salesforce there were 12 Internet and/or software related companies on the list. Out of the 100 companies, 29 companies have European roots. Combining both, Europe and tech, leaves only one innovative company in Europe: Dassault.

Looking at the former Booz & Allen Strategy& list of innovative companies, Apple and Google dominate the #1 position for the last couple of years. The Strategy& list is based on market data combined with market research on which company is considered innovative. In addition Strategy& does not look at the amount of R&D investment but at how it is spend. Strategy& also looks at the usage of digital tools and how they contribute to innovation. Again, European technology firms are not widely represented in this list.

That actually is quite disturbing and not a score that resonates well within the European Union. After all, Europe’s ambition is to become a leading region of innovation. And technology is supposed to be one of the main driving factors in doing so. Despite the many innovation initiatives of the European Union, it remains difficult to get included in global innovation ranking lists. The question is whether this is really due to lack of innovation in Europe or due to the way that these lists are composed.

No Lack of Innovation

Lack of innovation cannot be the issue. There is plenty of evidence that technology in Europe is growing and fuelling innovation. There are numerous initiatives from governmental bodies, European businesses, universities and other organizations. Innovation is high on the agenda of Europe2020. Looking at the European Innovation Competitiveness Report, Europe is actually not much behind the US, Japan and Korea. The Netherlands is doing quite well with respect to innovation, being one of the more prominent innovation followers in Europe.  The Netherlands outperforms in the area of science and technology. However, the trend is that The Netherlands, partly due to the economic crisis and tighter budget control from the government will decrease its Research and Innovation investments.

Europe does have some great technology companies, and innovation activity. There’s the larger software firms like SAP, Sage, Software AG and Unit4 who have a pro-active approach towards innovation. SAP initiated its innovation centre in 2011 and its core focus is on healthcare, start-ups, technology, new markets and core markets. Unit4 just recently announced it will significantly increase its innovation capacity by doubling the R&D resources devoted to its Agresso ERP platform. But there are also companies such as Philips that are purely focused on technology innovations in the areas of healthcare, consumer products and lightning. Philips is also a resident of the high-tech campus in Eindhoven. This campus houses over 125 companies and institutes, some 10,000 researchers and developers and is responsible for nearly 40% of all Dutch patent applications.

No Lack of Companies

There is a significant amount of start-ups that have grown to be promising businesses. A recent report  stated that since 2000 over 30 European tech companies have been able to morph into billion dollar companies. In the Netherlands there are companies like Ayden,  which offers advanced multichannel payment methods. Ayden has a global presence and qualifies as a very successful Dutch innovator. Layar, is another example of innovation, for the printing & publishing industry. Tomtom has won awards for its innovative solutions for the car industry.

And its not only the large and medium based tech companies that are innovative,  there is also a myriad of young start-ups. The various start-up bootcamps strive for the attention of the media, investors and start-ups themselves. In these initiatives there is usually a couple of names that emerge on all the lists.  TechWeek Europe recently randomly listed over 100 European successful tech companies. In an earlier post  we already counted over 300 Dutch start up and emerging software/internet companies.

So, if its not the lack of innovation, or a lack of companies there has to be another bottleneck. Apparently, a common denominator for European tech companies is that they have the creativity necessary to innovate. Call it culture or history lessons, but we are forced to think about solutions that can be useful in small competitive markets, for various user segments and have export capacity. The downside is that  European businesses in general lack the marketing power that US companies demonstrate. In addition, the investment climate in Europe is less favourable compared to the US. These are important elements to get on lists like the Forbes Innovation and similar lists.

The Forbes list for example places high emphasis on the so-called “Innovation Premium – a measure of how much investors have bid up the stock price of a company above the value of its existing business based on expectations of future innovative results (new products, services and markets)”. In that respect it is very much stock and investor related. Maybe a lack of (investor) confidence is the reason why companies like Google and Apple are not on the list. Europe, on the other hand, does not have a strong technology stock market. Though we may have a high level of innovation in Europe, technology firms in general tend to favour US stock markets to Europe, simply because the technology investment climate is better.

To be or not to be on any list probably is not the most pressing question. It is significant though that there are so many tech companies in Europe that are still unable to get on the radar of these listmakers. Maybe the simple conclusion is that we are good at innovation but that we need to get better at marketing and selling. A well known innovation quote says: “Creativity is thinking up new things, innovation is doing new things”. We’re half way there.

Four Scenarios For The Social Enterprise: It Takes Two To Tango!
The EU’s Digital Economy and Society Index: Reasons to be Cheerful?
Segmentation and Differentiation In The Cloud & Hosting Market