Can machines think? This was the question Alan Turing asked himself in his research paper ‘Computing machinery and Intelligence‘ in 1950. To address that question he had to change it since the term ‘thinking’ was too difficult to define. He therefore choose to change the question into “Are there imaginable digital computers which would do well in the imitation game?”. This was something that according to Turing could actually be answered.

Ever since researchers have tried to push ahead and design computers that are smarter than people. But ‘smart’ is as difficult a concept as thinking. It is a combination of data, analyzing, reasoning and concluding. But while computers can in essence only add and subtract zeroes and ones, software can add additional intelligence to the hardware. Together hardware and software developments have made big strides over the last 60 years to make computers more intelligent.

IBM’s Deep Blue II proved to be a giant leap in computing power when it beat the reigning champion Gary Kasparov in a man against machine game of chess in 1997. But was it intelligent? After all, its biggest asset was the computing power that enabled Deep Blue to evaluate 200 million positions per second and looking 6 to 20 moves ahead. Not quite a Turing test.

A chatbot called Eugene Goostman – designed by Vladimir Veselov and Eugene Demchenko  – was able to let 33% of human chatters think he was a 13 year old boy from Odessa, Ukraine during the Turing Test 2014 at the University of Reading. This is slightly more than the 30% required to pass the test. It has proven to be a tough test so far and there are heated debates about the validity of the outcome when Turing tests are passed; the Eugene Goostman pass was received with doubt and skepticism as well.

Chatbots are not just for fun. They are becoming increasingly important for companies as virtual agents in their customer dialogue because of their cost efficiency. Apple’s Siri is a chatbot example of the current everyday life status of a digital personal assistant based on speech recognition. Unfortunately its usage is limited and it hasn’t quite lived up to its promise so far. This might change soon as Apple is allegedly working hard to improve this.

IBM has its own thinking machine: the Watson project, named after IBM’s founder Thomas J. Watson. Like Deep Blue, Watson started out as PR stunt by challenging the most successful Jeopardy players. Jeopardy is a TV game that requires contestants to submit the right question to general purpose clues in the form of answers given by the presenter. As such it involves a lot more than just evaluating possible moves in a chess game. It has to process natural language, retrieve information , apply reasoning logic, evaluate options and propose the most likely question to the answer. It could search through 4 terabytes of information stored locally including dictionaries, encyclopedia, taxonomies and other reference material. Watson beat the most successful Jeopardy contestants Rutter and Jennings in 2011 after 5 years of development.

But unlike Deep Blue II, which was decommissioned shortly after the Kasparov game, Watson is serving a much more ambitious objective. It will serve as the engine behind IBMs cognitive computing initiative. This initiative is centered around “a category of technologies that uses natural language processing and machine learning to enable people and machines to interact more naturally to extend and magnify human expertise and cognition“

Clearly IBM wanted to capitalize on its Watson Jeopardy success and quickly formed the Watson business unit. During an analyst briefing in London a few weeks ago, IBM explained the future of Watson. Watson will serve as the key technology to unlock the potential of the massive pool of unstructured data with natural language processing, content analytics, statistical analysis and machine learning forming the core of the system. It’s promise is clear: to transform every profession and business process with data. 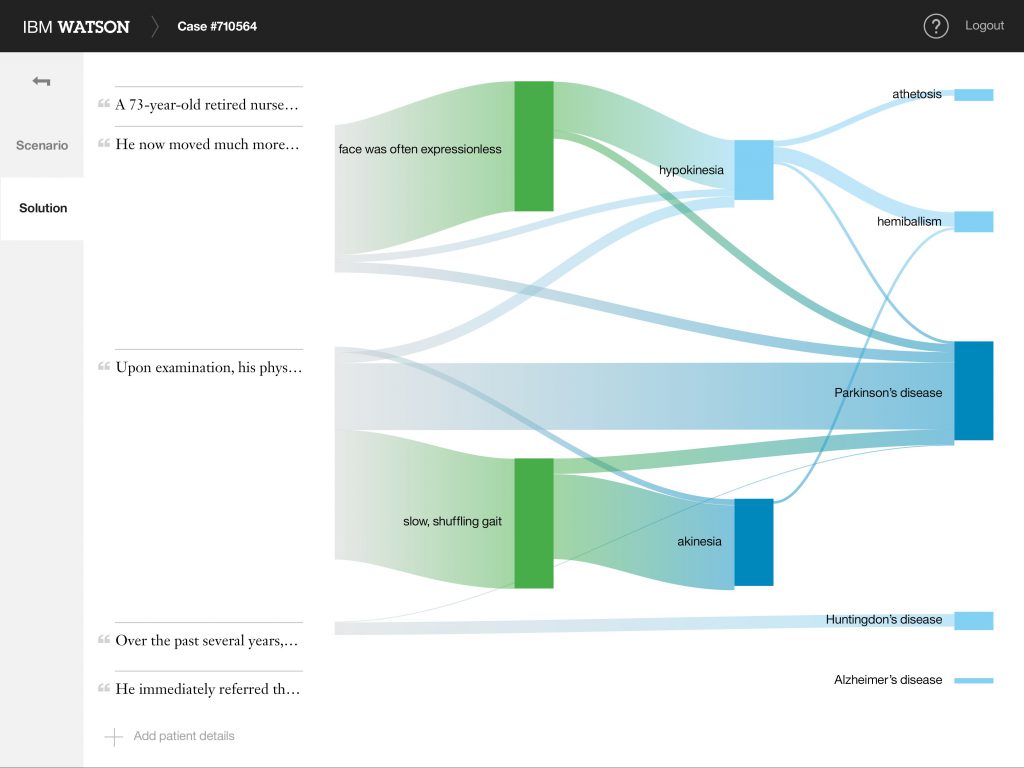 So where does it end? After winning Jeopardy IBM’s vice president of innovation Bernie Meyerson suggested that Watson could be the ultimate Siri but that was back in 2012. Right now IBM is rolling out products and services supporting Watson’s transformation from a system platform to a Watson ecosystem: there is a Watson Developer Cloud, a Watson Content Store and a Watson Talent Hub. At the same time IBM is developing a partner ecosystem for Watson, creating cognitive computing courseware for universities and targeting the mobile community of developers. Yes, Watson should fit in your pocket and is also meant to be a key business driver for IBM.

But can Watson think? The computational theory of mind suggests that mind and brain compares to program and computer. The theory also has some support from great minds like Hobbes, Hume and Leibniz. The question is still a philosophical one but will be of growing  importance as information technology races ahead. Humanity will have to accept that technology will increasingly outsmart us. Watson is a logical next step in the evolution towards intelligent machines. That Turing test will, after sixty years, soon be passed.

Cloud for the Channel - What's the Deal?
Dell Is Feeling Bullish About The Enterprise
Want To Know More About Cloud For Channel?

One Response to “From Turing to Watson”