A couple of weeks ago we took a look at who leads the Dutch SaaS hosting market. We also pinpointed the production site hosting location (country) of Dutch SaaS vendors. Now that version 1.0  of our Belgian cloudscape is finished we can do the same for Belgium.

As it turns out, 61% of Belgian SaaS vendors have their production site hosted outside of Belgium (see Figure below). 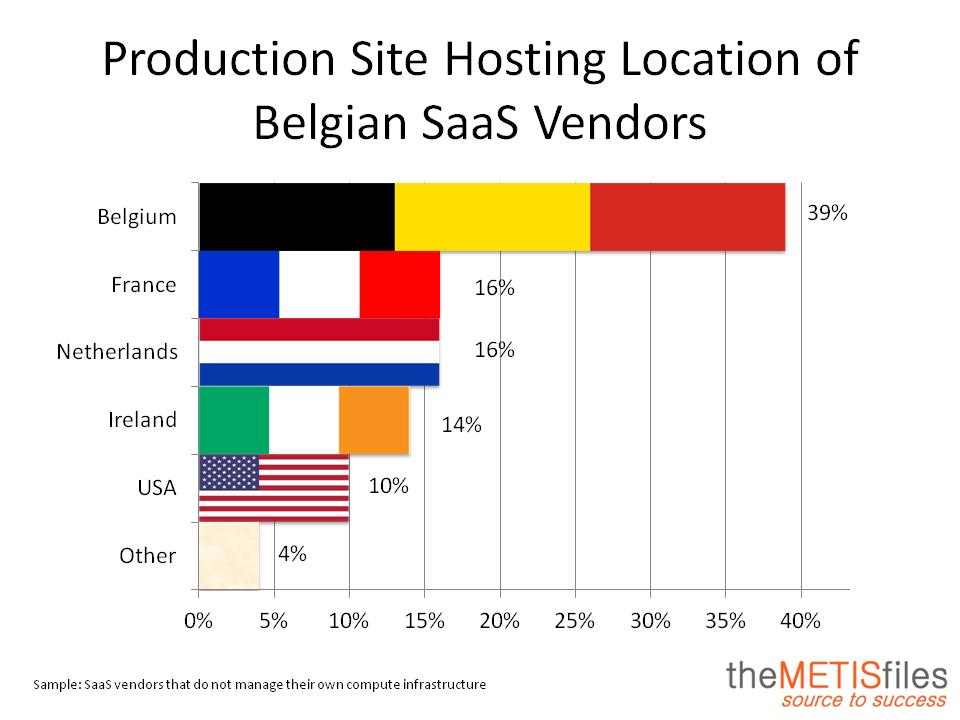 Yes, Belgium is still the number one location with 39% of SaaS production sites. But the majority is spread over France (16%), The Netherlands (16%), Ireland (14%), USA (10%) and other countries (UK and Germany). This is the reverse of the Dutch market, where 66% of sites are located in the Netherlands and 34% in other countries. 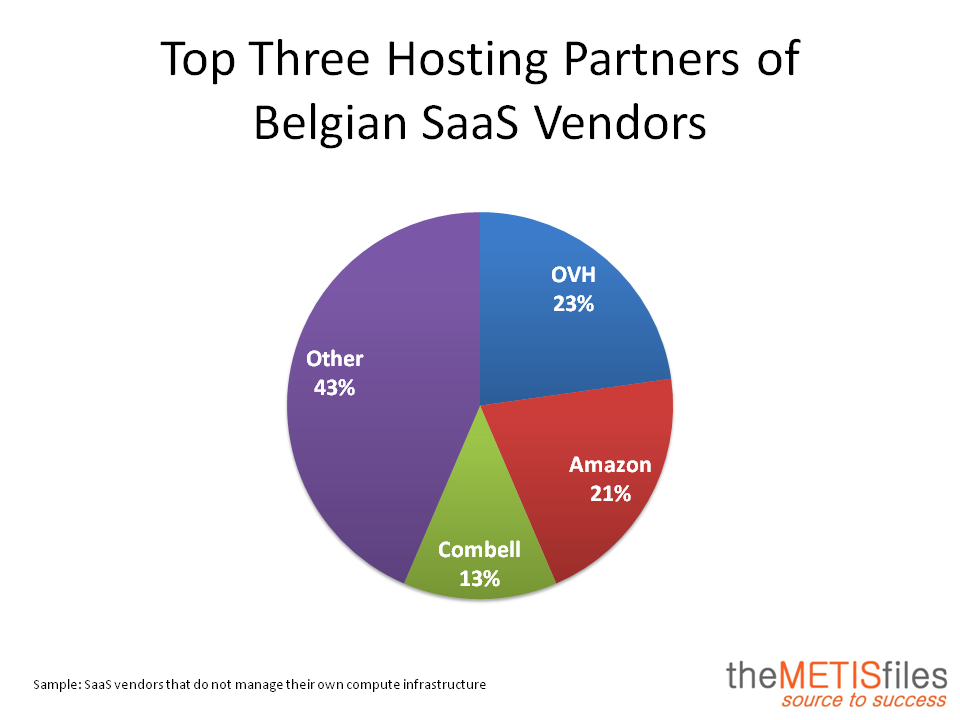 Again, this is different from the Dutch situation where Amazon leads (at least in terms of percentage of sites) and where the hosting market is much more fragmented.

Should you care where and with whom your data is located? Yes, you should. When evaluating SaaS vendors it is important to understand whether they own their own infrastructure, which hosting partner they have if they do not, and which data centres their own or hosting partner infrastructure is located in. As we wrote earlier, digital data depends on robust digital infrastructure. Also, you should know which jurisdiction(s), rules and regulations your data resides under.

Stay tuned for more analysis on the digital infrastructure market in Europe, there will be more to come!