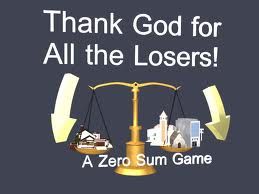 Since the introduction of the smartphone the ICT sector is no longer leading when it comes to information technology. The pendulum has definitely swung towards information as the key driver of growth rather than technology. It gets harder to amaze us with yet another mind blowing gadget. Instead we just ask ourselves: what can this device do for me?

And that is where apps come in. Since the smartphone introduction over a million apps have been developed and hundreds of billions downloaded. There is an app for almost everything and if it doesn’t exist you can bet it soon will. The app phenomenon has not escaped the attention of the EU which envisages an economic app opportunity in terms of jobs and GDP. The report  ‘Sizing the European App Economy’ produced by Gigaom was quoted by Neelie Kroes, European Commissioner for Europe’s Digital Agenda during the launch of the Eurapp study in Brussels last month. The report regards the emerging app economy as the next driver of innovative growth. An important trend that we should cherish and support.

The outcome of course is no surprise. The EU still has the ambition to become the most innovative economy in the world and the app trend is regarded as an embodiment of this. As a result the report focuses on the number of jobs that are being created in the app economy – coders, designers and at a later stage but in much larger quantities, related marketing and sales jobs – and the GDP contribution. After all that is what the EU is all about.

In fact, it is not the only report of its kind. In September 2013 Visionmobile and Plum Consulting published the report ‘The European App Economy’ which proclaims more or less the same albeit it with different numbers:

Just to be clear both companies researched the impact of app trends for the current 28 EU countries.

The conclusions are clear: the app economy is growing fast in terms of jobs and contribution to GDP. It also promises to be a driver of EU job growth as exemplified by Gigaoms statement that the current app workforce will grow from 1.8 million to 4.8 million in 2018. Both reports make suggestions on how the EU can facilitate this emerging job generator and GDP driver.

But why is everybody so excited about the app economy as the new driver of IT growth. According to the Hackett group by 2017 some 1.6 million IT jobs in North America and Europe will have been off-shored. The EU share of this can be estimated at 50%. Even though the spike of the off-shoring trend lies behind us IT job off-shoring is expected to continue for a while. Additional IT jobs are also disappearing due to ongoing automation of IT processes. Next to that we see a resource shift from the PC platform to the smartphone/tablet platform. As a result former PC developers and application programmers are shifting their focus as well and start developing apps instead of PC software and ipso facto replace their PC job for an app job.

So, is the app economy the IT employment savior the EU wants it to be? Hardly, IT off-shoring, IT automation and a platform shift leads us to a situation that can best be described as a zero sum game where the emergence of the app economy softens the IT job problem elsewhere. The effect of the app economy might be further mitigated by the consumerization effect on app technology. The turn of the century showed a spike in businesses wanting to get an online presence. As a result website agencies were popping up all over the place to accommodate the need for web presence. Now, 15 years later every one can make a website with WordPress or Joomla. The app world will see a similar development putting app development more and more in the hands of the masses. For business it may mean that app building may just become a functional requirement; just like Excel skills.

The impact of the app economy cannot be overestimated when it comes to the consumption of apps. It will have a deep impact on the way people and business operate in our fast growing digital economy. But we should not expect the app-economy to become the motor of job growth without referring to the broader context of the app economy. It definitely will not solve EU unemployment that is currently at 26 million.

Want To Know More About Cloud For Channel?
How To Lead In The New Mobile Economy
Life is all about options
Share and Enjoy: