Are you a firm believer in the good government and its self acclaimed right to sift through your communication in order to protect you from terrorists whenever they see fit? Or do you think governments have nothing to do with your personal stuff and can only do so with a court order? 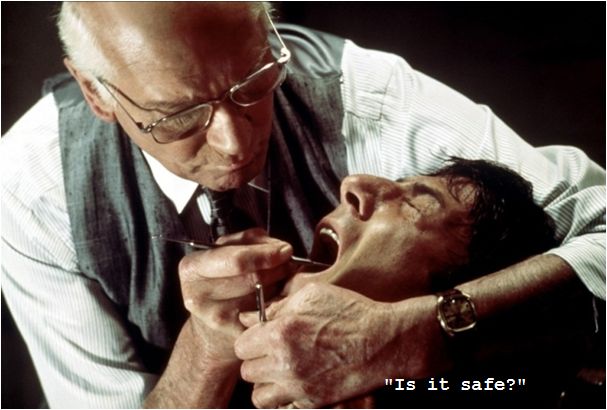 It is a nagging and growing issue after NSA’s PRISM was revealed and showed the public that e-eavesdropping was taking place on a very large scale; much larger than we imagined and apparently were allowed to know. Somehow a government downplaying its role by mentioning that it only touches 1,6% off all internet traffic of which just a miserable 0,25% is actually being monitored still doesn’t sit well. It does make you think twice about using public clouds.

The speed with which the cloud and social media have been adopted by consumers has been impressive. The combination of ease-of-use and freemium business models have proven to be a successful formula causing the general audience to entrust more and more information to public clouds. Apple, Microsoft, Google, Dropbox and Facebook are sitting on top of a massive and ever growing pile of information entrusted to them by individuals. The forced access to this information by governments must have felt for civil servants like being the proverbial fox in the henhouse. Although governments are supposed to be doing what they think is in the interest of a country, what they do is not always in the interest of its citizens. So there it is: can governments be trusted with its citizen’s personal information? Is it safe?

Of course not. Systems such as PRISM are pretty much Orwellian nightmares. But what can you do now that everything has been replaced by e-everything? Should we copy the Russian strategy of buying up good old fashioned typewriters? Bring back snail mail, pay with Euro’s in real shops and go visit people and make conversations with sentences of more than three words? 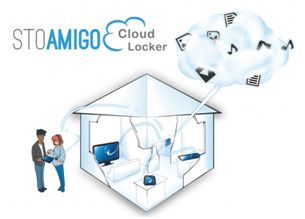 In a previous blog the METISfiles mentioned on-premise alternatives to the personal clouds of Apple, Google, Microsoft, Facebook and others. At the time these on-premise alternatives, mostly home servers and NAS devices, were only suitable for tech savvy users. They required above averaged IT skills which made them unpractical for most users. Fortunately there are some new alternatives, the latest being CloudLocker from the StoAmigo platform by Duvon Corporation. Cloudlocker is a plug-and-play wired boxed solution that acts as your own on-premise cloudserver. It gives 250 Gb of storage (can be expanded by plugging in usb storage devices) that can be accessed from any device at anytime and from any place. What is more important, it stores your information on your device and you decide who you want to share it with. Duvon claims CloudLocker gives you full control over your information as well as complete privacy and security. Of course we will need to see about that last part. Thus far no end-user reviews have appeared so it is too early for a final verdict.

But it is a development that makes sense. Every action has an equal and opposite reaction. As cloud services have become the new normal for people to store their information on, it has hitherto become a very attractive platform for criminals and governments to have access to. Just like most viruses were devised for the ubiquitous Windows platform most efforts from governments and criminals will be aimed at accessing or controlling these platforms. That said, it doesn’t come as a surprise that companies such as Duvon are playing the privacy card. With PRISM and countless hacks into public and private websites it is surprising that this type of development has taken so long to materialize. No doubt we will see many more products and services that will claim you can have security, control and privacy over your own information.

We should however not be naive as far as the objectives of governments and companies are concerned. Every call you make, every mail you write, every file you send and every tweet and click you make is stored. Products such as CloudLocker do not prevent that but what it could do is help create momentum for technologies that are alternatives to the efficient centralized platforms. About time.