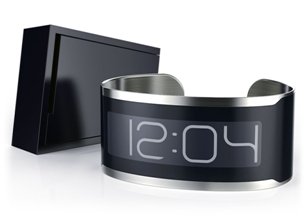 Nothing beats printed paper when it comes to the quality of reading. But quality has long since become an overrated feature in electronics. The e-ink reader has failed to become a mass medium despite its superior reading experience. Instead the electronic device of choice for reading and browsing is the tablet. Sub 100 Euro price points for e-readers (a 5″ Kobo Mini can be bought for less than 50 Euro), capacitive touch screen and improved resolution has not helped to further penetrate the Dutch market. At best the e-ink reader can be regarded as a complementary electronic device for avid readers. One wonders if the e-reader still has a future.

Well yes and no. No, because the e-reader as we know it, a single purpose standalone reading device using electrophoresis as the display technology, is a great joy to a limited base of people who regard the EPD (Electronic Paper Display) as second best to printed paper. It may even be a not such a small market as e-ink readers become less and less expensive with the cheapest going for less than 80 Euro. The METISfiles estimates the current Dutch e-reader installed base to be about half a million. And while this installed base is still growing it is outpaced by the ongoing rapid penetration of smartphones and tablets. Most people will happily trade in a superior reading display for speed, color, app-ability and versatility. Given the new high resolution crisp and clear retina display the trade-off between tablet and e-reader is a no-brainer. Tablet wins hands down.

But the technology of electrophoresis does have a future. It does not only deliver a great reading experience but also has impressive low power consumption. When no pages are refreshed its power consumption is zero. This is an important aspect of the technology since it usually allows for some five thousands page views on a single charge. Low power consumption is also a hot issue with mobile devices. Both tablets and smartphones run apps that drain a lot of power from the batteries. With the increasing screen size of smart phones and the introduction of quad core processors, power consumption becomes even more important. Most users need to recharge their devices every day. 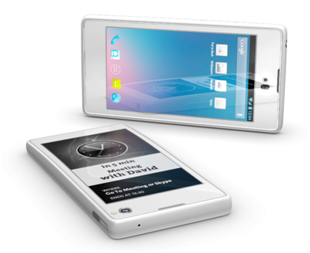 Russian router maker Yota Devices realized that screen and power consumption form a significant part of the mobile user experience and designed an Android smartphone called the Yotaphone that actually has two screens: one ‘regular’ LCD color, capacitive, multi touch and one, on the back of the device, EPD screen. The idea is that more than 60% of the power goes to light up the LCD screen while at the same time there are many general purpose apps/widgets/gadgets on the smartphone such as messages, emails, time, weather forecast etc, that can pretty well do without the power demanding high resolution color screen. Using the second screen for these applications will bring power consumption down, allegedly with 50%. At the same time the second screen acts as a true e-reader on the back of the phone. It could give the emerging phablet market an extra boost. If the Galaxy Note or Huawei Ascend Mate would add an e-ink secondary display it could appeal to business and power users.

Another example of the new ways for EPDs was shown during the CES in Las Vegas back in January where Central Standard Timing introduced world’s thinnest watch, the CST-01. The watch itself is 0.8mm (!) thick and designed around an EPD. It does need a charge every month. But as smart watches from Apple, Samsung, Google and LG are soon to be released, it will be interesting to see what display technology will be used. EPD certainly offers some interesting design and power advantages over LCD.

While sales of standalone e-readers may have already peaked, the electrophoretic display technology has not yet reached its full usefulness. E-ink Corporation who owns the e-ink technology currently holds most of the EPD market and it is moving fast beyond the e-reader. As the technology matures and the production cost further drops due to its very effective roll-to-roll processing its usefulness expands to other consumer devices either as a primary or secondary display. But also businesses may have an appetite for e-ink displays such as electronic shelve labels in the retail sector for dynamic pricing purposes.

If it was up to the publishing industry electronic paper would have been dead by now. Instead EPD is getting a new leash of live through its low power consumption, high readability, tiny footprint and low production cost. As a screen for entertainment purposes it is no match to LCD screens but as for the rest, which by all means is a lot more, opportunity knocks.

Four Scenarios For The Social Enterprise: It Takes Two To Tango!
The Future Of The Desktop Is Out Of The Box
Want To Know More About Cloud For Channel?
Share and Enjoy: