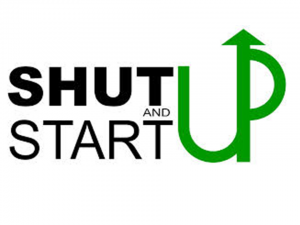 This week we’ll see the culmination of yet another beauty contest for web entrepreneurs. This time it’s a European contest initiated by the European Commission. As of June  7th , the second edition of Tech All Stars will commence, announcing its winner June 19th in Dublin. The Commission is not spending our tax money on this; its sponsored by Amazon Web Services and Liberty Global Ventures. The initiative has stiff competition from other (more commercial) initiatives such as the Deloitte Fast 50 – local and EMEA wide, Red Herring Top 100 Europe, Wired EMEA, Accenture Innovation Awards, and local Start-up Awards like the Dutch Start-up award, Startup Bootcamps, etc). So, why is it different?

The Tech All Stars competition is a small part of a bigger plan. Albeit one of the more strategic parts, and one that generates a fair bit of attention. Following US examples, the EU wants to stimulate web entrepreneurship and app development  to take advantage of a growing market opportunity. According to research by the Centre for Economics and Business Research, the  European enterprise cloud app market is set to generate £2.7 billion ($4.2 billion) in revenue, an increase of 206% by 2018. App developers rule the world, and many IT vendors are looking at how to best facilitate or motivate partnerships in this area.

The EC is not the only one stimulating web and app development, vendors are taking their own shots. Salesforce just announced a new European contest, the Innovation Challenge, supported by a 5 million Euro investment. Requirement is that you have to be a European startup and develop apps on the Salesforce platform.

So, who are the Tech All Stars?

The Tech All Stars finalists were announced recently, and it is an interesting combination of smart thinkers, money makers and true innovators.

Smart thinkers focus on new markets with existing technology. These would include companies like Trustev , Snap Fashion, Tempster or SportSquare Games. There are many more well qualified companies out there that resemble this business idea, Fashiolista or Gidsy being two local examples in the Netherlands.

True innovators  would be companies like Babelverse or Mist.io, where Babelverse is very niche, and we expect a larger market for Mist.io.

Most of the contestants fall into the area of money makers; addressing existing markets with new technology, and thus most likely to create reasonable revenue streams and job opportunities. In this area a company like SNTMNT, who sells solutions for social sentiment analysis for financial markets has a fair chance of creating mind and market share. Interesting fact is that Big Data plays a vital role in this year’s selection.

All that glitter is not gold

There are many  startups in Europe, and they already create jobs. The downside is, that most startups create jobs within the first 3 years of existence. However, failure rate of startups (depending on definitions and sources used) is above 50%, and appears within the first 5 years. In addition, startups will work with cheap labour, outsource or attract knowledge from outside the EU.  In other words, startups may create many jobs the first three years but it is doubtful whether these jobs are all in Europe, and how long these jobs will actually exist. Opposed to stimulating app development  (which is already driven by natural economic motivation), the EC needs to place more emphasis on making the startups more successful and decrease failure rates, so that job creation is actually sustained. In that respect, the Tech All Star contest is a `nice to have`, not a need to have. It is in the area of mapping the ecosystem and promoting the community, where we see that the EC can provide most value.

For startups, the largest pitfalls are incompetence, lack of experience or lack of management experience. Having a network of peers and promoters, will help the startups to gain access to leading and influential European entrepreneurs, and learn from their mistakes. The networks and the ecosystem that the EC is developing will actually support entrepreneurs and help them become more successful and  maintain that success. A system where the EC creates  a nourishing startup environment, with peers, knowledge and capital transfer seems of much more value than winning a contest.

(*)‘Eurapp’ project was launched by the EC, and is being run by the Digital Enterprise Research Institute at NUI Galway in conjunction with GigaOM Research. The project kicks off with a (free) working workshop in Brussels on 14 June, “Shape the Future App Economy of Europe”, featuring leaders from the app industry.