This is the placeholder for future updates of our Dutch Public Cloudscape. For the most current version check the figure below.

Update February 24, 2015: We are currently at version 1.4. The Cloudscape now totals 248 cloud providers of which 10 % are active in more than one segment or category, resulting in a total of 277 entries. We’ve created two additional SaaS categories: Education and Healthcare. Click on the Figure below to enlarge.

Update March 11, 2014: We are currently at version 1.3. The Cloudscape now totals 236 companies of which 10% appear in multiple categories. We’ve created two additional SaaS categories: Digital Marketing and Time Management. Click on the Figure below to enlarge.

Update August 22, 2013: We are currently at version 1.2. The Cloudscape now totals 184 companies of which 10% appear in multiple categories, most notably both in IaaS and SaaS Online Workspace. We also deleted several entries for various reasons. For instance, two companies have been deleted because they were acquired by foreign vendors: IASO (IaaS) was acquired by GFI and Cameramanager (SaaS) by Panasonic. We’ve created two additional SaaS categories: Online Workspace, Collaboration and Document Management.

Update April 4, 2013: We are currently at version 1.1. We’ve added 29 companies, the Cloudscape now totals 170 entries of which 6% appear in multiple categories. 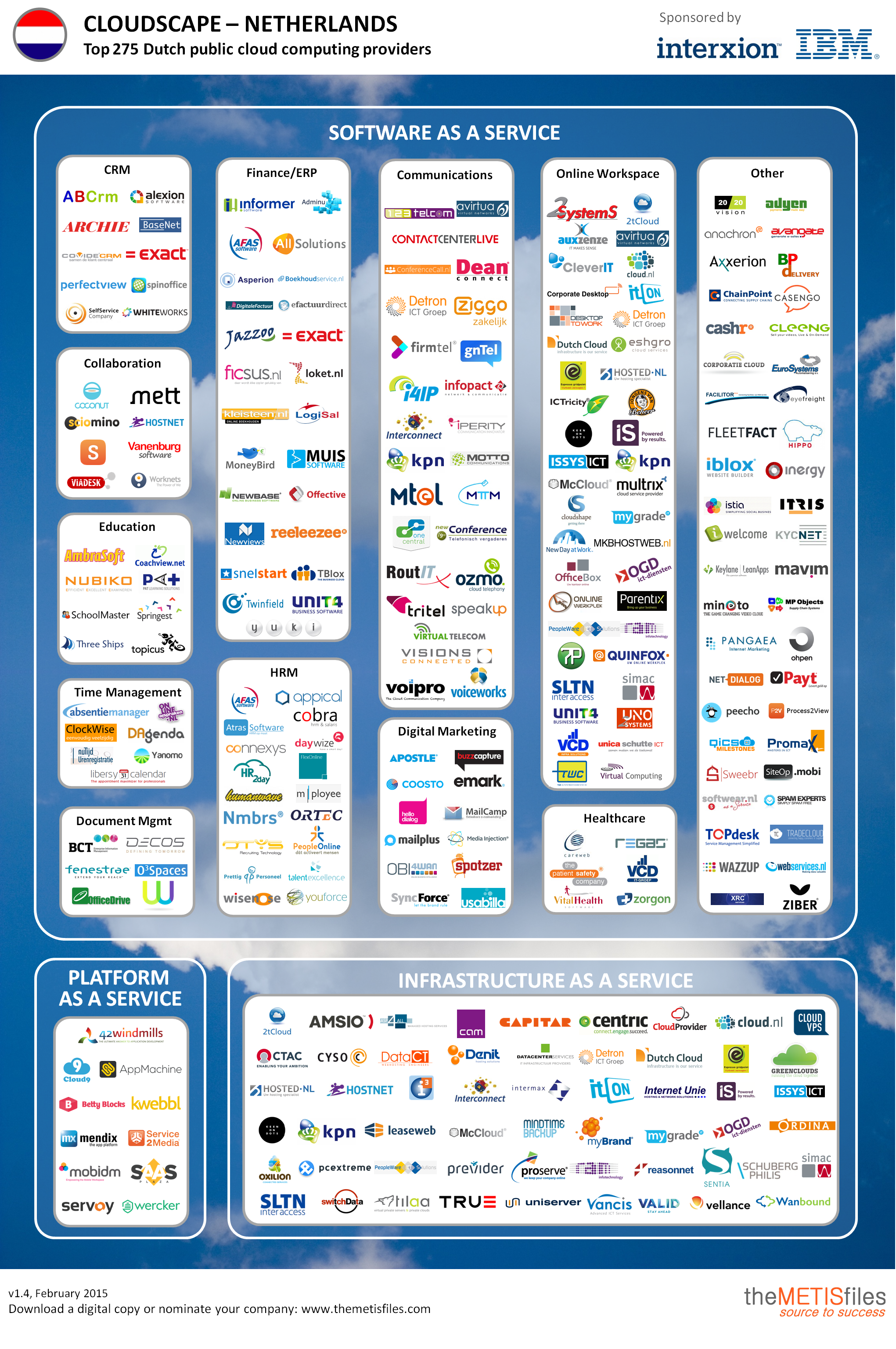 We welcome your feedback on the list and on any Dutch public cloud players that we may have omitted.

15 Responses to “The Dutch Public Cloudscape”