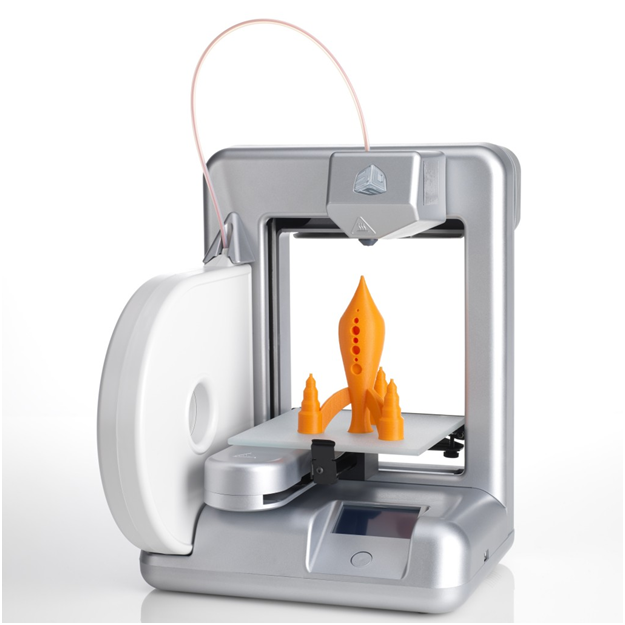 And there it was: department store De Bijenkorf in Amsterdam was selling the Cube 3D printer for €1050,=, making 3d printing available for the masses during its annual sale campaign of October 2012. But there is no reason we now should run to our local electronics store, buy this machine and start making all the stuff we usually buy online or in retail stores. The current stage of 3D printing is like the C6 Siemens mobile phone in 1996: very basic and quite clumsy when compared to our current generation of smartphones. The Cube 3D printer rather marks the entrance of the Siemens C6 phase of 3D printing. But think 5 to 10 years from now and we have something versatile and solid that can print beyond the complexity of a chair. And more than that.

Although 3D printing has certainly not escaped the attention of the press it hasn’t reached the front pages either. Neither is it a brand new concept. In fact many industries have been using 3D printing or, Additive Manufacturing (AM) as professionals call it,  for prototyping and preproduction purposes for decades. But consumerization of IT is also kicking in for 3D printing technology. 3D printers may not be as popular as tablets or smartphones but that is not because of its price. The cheapest 3D printers for consumers are now available for less than €500,=. Moreover, the 3D printing technology is rapidly evolving. While at first it’s usage was limited to small and simple objects, it can now print larger and more complex objects. Next to plastics, ceramics and metals  can be sprayed layer by layer to form a specific object. Concrete, glass en bio materials are already being explored as the next stage in 3D printing. Printing human tissue or blood vessels and even organs from one’s own stem cells are being explored. The size of the objects to be printed is changing as well with plans to print airplane wings,  real size houses, space satellites and moon bases. But there are downsides as well: printing guns or part of guns is now available for a much larger group than just the weapons industry. It is another sign that the technology is rapidly maturing.  Over the next few years we will see new ideas for 3D printing, new applications, higher quality and complexity, more materials, multiple material products, bigger ánd smaller products.

The Impact of 3D printing

But 3D printing should not be looked at as the next new thing or fad that every household should have. It is much more than that. It’s impact can potentially disrupt the way we produce our goods, fundamentally change global regional and local supply chains, change if, not reverse global (inter)dependencies and act as a facilitator for increased innovation.

What currently captures the mind of the media is the thought of Printing Your Own Device. The desktop size of 3D printers and its affordability will drive the proliferation of understanding the principles and potential of 3D printing technology. But more important it will help talented individuals with ideas to realize those ideas, translating them into working prototypes and even ready products. It could drive innovation from the bottom up by making the road towards new products shorter and less expensive. 3D printing technology could in fact consumerize innovation and democratize manufacturing.  When thinking about the future of work, 3D printing could be a key technology for the emergence of a new breed of entrepreneurs that will run small, agile, local oriented companies featuring customized products.

3D printing for the industry

Many mass consumer products are increasingly sourced from manufacturing platforms in Asia, especially China. Additive manufacturing (AM) can disrupt current global manufacturing supply chains. Although AM as a technology is a more expensive and time consuming way of production  than the traditional subtractive ways of manufacturing mass products there are good reasons for organizations to have a hard look at their supply chain and sourcing strategy once again:

There are also political and even demographic reasons to rethink sourcing strategies or consider alternative ways of production. Less dependency on China’s production capacity is something the US ponders as China becomes an ever growing economic powerhouse. Demographic reasons are to be considered in Western countries with their aging population. The impact of a smaller and older labour force could be offset by creating a large scale on-shore 3D printing infrastructure.

As mentioned before 3D printing as a technology is rapidly maturing, making it a viable alternative to traditional manufacturing in parts of the manufacturing sector.  It will however not be a game changer for every subsector in manufacturing. Some products will be cheaper with traditional molding technology especially low cost large volume products . But we do expect that over the next 5 to 10 years the impact of AM  will increase from one sector to the next and could fundamentally change global production and supply chains. Especially in industries that are high tech and have relative short production runs or series production we expect 3D printing to become a disruptive technology sooner rather than later. 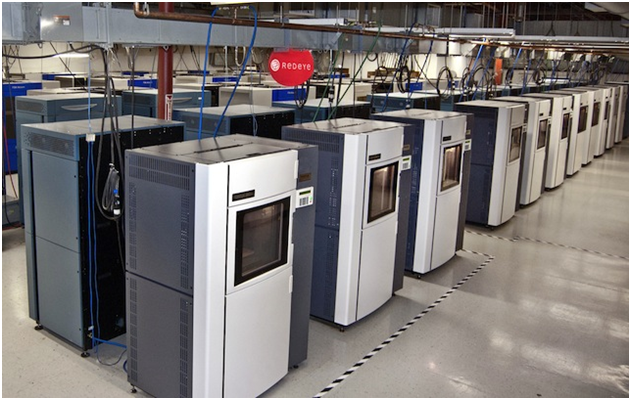 Once AM develops into a faster, reliable and versatile means of production, more customized and small series manufacturing will be taken on. The same way we have seen the emergence of server farms and ISPs as the web matured, we may witness 3D printing farms and MSPs (Manufacturing Service Providers) providing us with 3D printing solutions.

While 3D printing has the potential to re-shore manufacturing or ignite manufacturing for developing economies it also forms a danger for existing manufacturing activities focused on export. Countries such as China that have their economies built on large scale production and export run a risk. But the same goes for the Netherlands which economy depends for a great deal on trading goods and the export of high tech products. In other words, while we are still discussing the effects of globalization, 3D printing could reverse that trend again and disrupt a country’s economic infrastructure.

3D printing is a democratizing technology both for businesses, individuals and countries: in the words of Chris Anderson: 3D printers are replicators enabling us to photocopy reality: rip, modify, make. So as the technology further develops and pushes the manufacturing envelope its greatest inhibitor will be how copyrights and patents will be dealt with. As the cost of 3D printing continues to drop the value-add will be increasingly in product design. If we only look at the pile of lawsuits on copyright infringement and patent breaches it is clear that 3D printing technology will also be a great driver for legal services.

Let us know how you think 3D printing will change the way we  produce our goods.