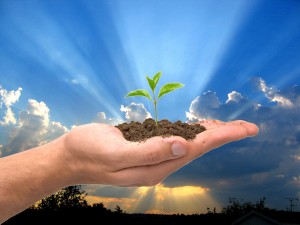 The Dutch Stock Market only has 21 technology and telecommunications companies listed and trading on the Dutch Stock Exchange (AEX). Of these, only two are actually software vendors. Last week they released their numbers.

In line with global (4.5%) and European (3.8%) trends for enterprise application growth in 2012, both vendors have been able to show growth, though both vendors admit that economic conditions are tough and the local market conditions are challenging.

As evidenced by the numbers Dutch software vendors place their bets on SaaS and cloud, though change comes very gradual. Local vendors should be expected to generate a profitable cloud business, as they tend to have more vertical expertise, offer best-of-breed, and focus less on ERP suites. Their strength lies in vertical and horizontal functionality, which is more favorable in a SaaS expansion model. Exact follows this route with very specific vertical as well as horizontal solutions. As of this year, the company plans to release its SaaS offering – Exact Online – in the UK, US and Germany with France following in 2014. Unit4’s Financial.Force is making big strides with 90% growth. Financial.Force has the Salesforce look and feel, and will surely benefit from Salesforce growth.

The fact that these companies are growing their SaaS subscriptions is not surprising. Indeed, you’re in trouble if you do not have a growing SaaS offering. So we need to look beyond the numbers and look at other elements as well:

We can’t get away from the impression that Dutch software vendors are still struggling with the cloud business model. Selling online subscriptions appears to be more difficult than selling on premise solutions. Issues such as the customer experience, transforming sales teams and partner profit models, but also trust & security issues and SLA’s are hurdles that still need to be taken by the vendor before they are able to adopt a full wide spread cloud model. These challenges do not only affect the two large listed companies. The Netherlands houses many other software application vendors such as Twinfield, Afas (which does not have a true cloud offering yet though), Reeleezee and many more smaller cloud vendors.  Growth does not (yet) translate into profit. But then again, we have not seen many vendors setting the example yet.

If you are the exception to the rule, let us know!