Last week we attended the Dell Technology Camp 2013 at the Westergasfabriek in Amsterdam. Topic: The Evolution of the Data Center. Make no mistake, the Data Center and its surrounding enterprise infrastructure and application ecosystem might well be Dell’s future bread and butter market, once the Michael Dell and Silver Lake Partners buyout transaction is complete – and Dell is freed from the quarterly reporting wrath of Wall Street.

In any case, Dell is feeling very bullish about the enterprise, having invested $12.7B in building out its end-end enterprise portfolio and boasting an 11% enterprise infrastructure revenue growth for the last 6 months trailing year over year. The figure below provides a snapshot of the Dell enterprise acquisition trail since 2009: 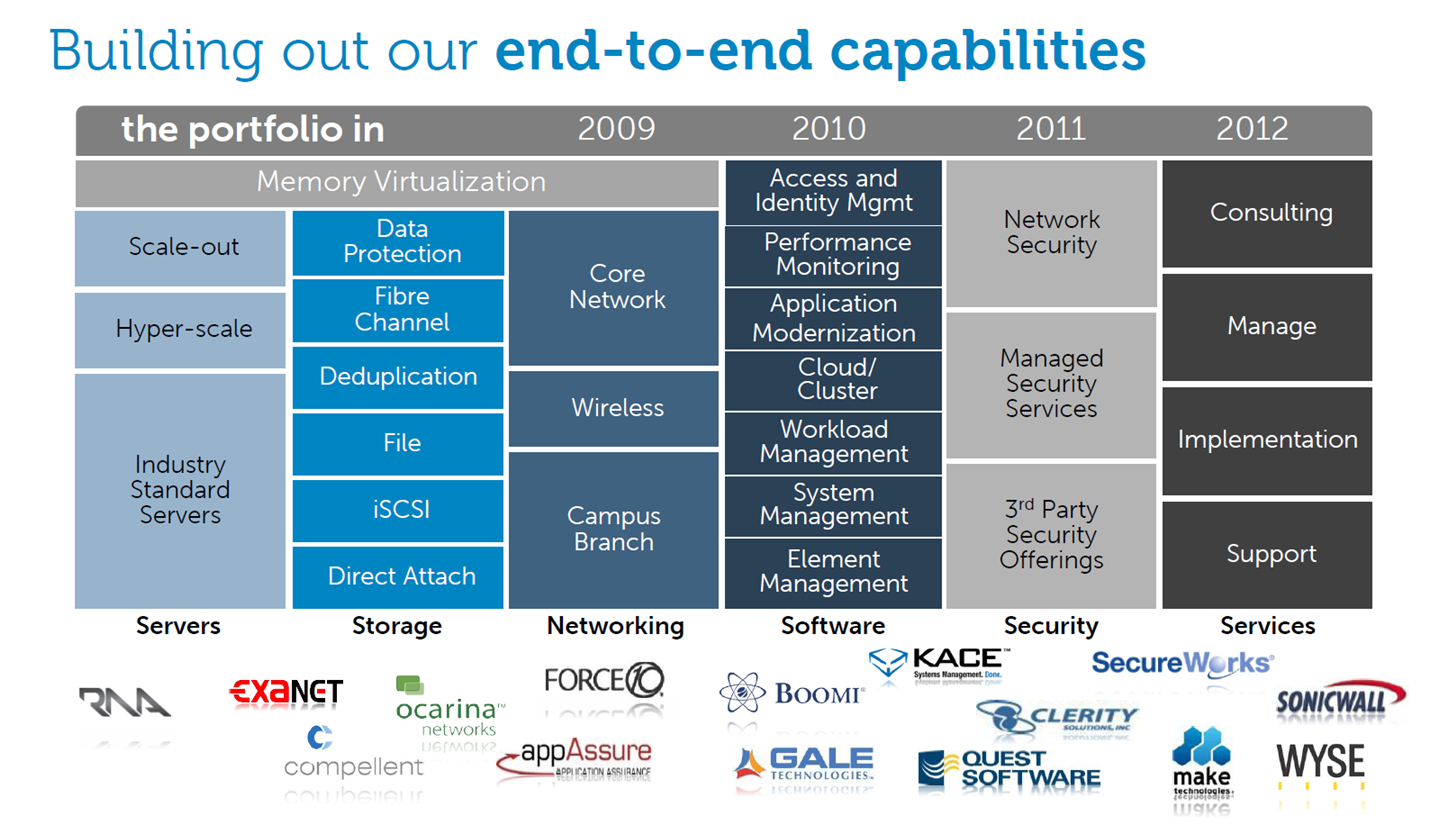 You will have seen similar slides from Cisco in our recent take on its strategic directions.  But while Cisco’s success will depend very much on their ability to lead, protect, and serve their partner ecosystem in the Internet of Everything, Dell believes it’s key to success is to deliver an end-to-end optimised enterprise Dell experience. For the moment, however, Dell’s immediate and overriding concern will be managing the transition to going private.

Our friends at ITCandor have done a more elaborate analysis of everything Dell announced and the chances of success for a privately owned Dell.

For our Dutch readers, Computerworld published a good discussion on the role of the CIO and the impact of Converged Infrastructure emanating from several roundtables held at DellTechCamp.

Also, check out our recent take on the future of systems infrastructure vendors like Dell and Cisco and the four types of system architectures.

Subscribers to our converged infrastructure and integrated systems multi-client will receive more detail on Dell’s vision, strategy, and execution in the software defined network and software defined data centre market.