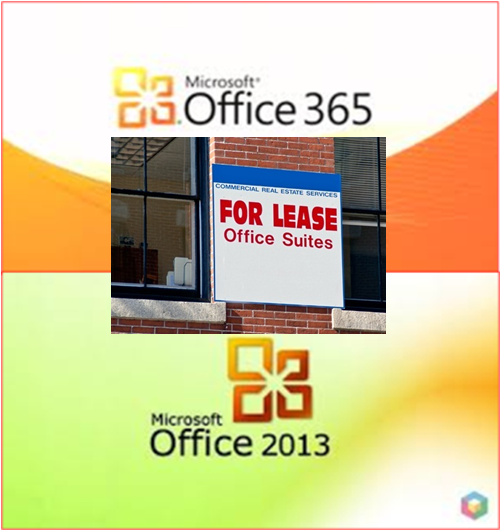 On the face of it $99 per year for MS Office doesn’t sound like an awful lot of money. Remember the time a full Office license set you back some $499? That was back in the days when we needed digital tools to do our increasingly digital tasks. Writing, storing, calculating and communicating were key characteristics of our Dilbert daily life and also made Office a massive success with almost anyone who had a PC. In fact the Office product line is still a key contributor to Microsoft’s bottom line.

But the times they are a-changing. Google provides the same tools online for free and OpenOffice and  LibreOffice are both free-of-charge good alternatives to MS Office. Of course Microsoft realizes it will become increasingly difficult to continue Office business as usual. So the question is: how will Microsoft transition it’s Office business from its license based system to a cloud subscription based system and keep the cash flow going?

At the METISfiles we think that Microsoft is rightly worrying about retaining their Office revenues since consumers more or less expect these productivity tools to be free or at least almost free. As the world is increasingly about information usage and decreasingly about information tooling, the options that Microsoft offers for its Office productivity tools seems very much a 20th century business model. We think that Microsoft should base it’s pricing and licensing strategies according to the perceived user value add of office functionalities A.D. 2012.

What Microsoft is offering to consumers is an option to either buy a license (Office 2013) that can only be used on one device, or pay an $99 annual subscription for Office software (Office 365) that can run on and across 5 devices. They count on the fact that in today’s households there are at least 3 or more personal information devices that can use Office which would make it attractive for consumers to buy an annual subscription. But will they?

This blog was written in Word 2007 but could also have been written in WordPerfect 4.2 or in the WordPress editor. While functionality and interface wise productivity tools such as MS Office have come a long way, consumers will almost never use more than 10% of all the Office capabilities. On top of that most of the Office functionality will not work that great on today’s hottest devices: smart phones and tablets. Consumers will realize that paying $99 for an annual subscription in a time where most apps can be downloaded for free or 1$, is too much and will demand a better alternative. And they will get it too! A lot of the traditional Office functionality will be integrated into apps and will lower the need for a full fledged Office application. At the METISfiles we think that while 99$ is not a lot of money it will not bring the same cash it did with their license model. At the same time the traditional MS Office license model will steadily disappear as the PC dominance fades further. Office productivity for consumers is a nice to have. Sure, they may want to spend some money on it but $99 is not going to seduce the majority. Are you going to buy rent or do without MS Office? Let us know.

The Future Of The Desktop Is Out Of The Box

Personal Cloud: Beyond Control And Convenience

Will The iCloud Be Your Cloud?