Q3 2012 results from HP showed a massive loss of almost $9 billion. This is by far the biggest loss in HP’s history. Should we fear the collapse of the big tech giant? 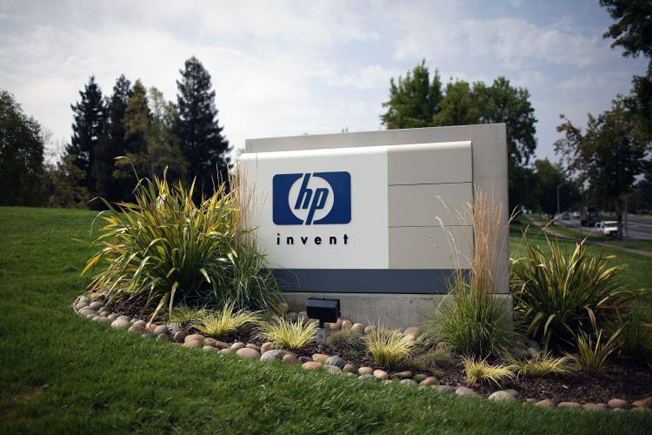 Q3 2012 shows $29.7 billion in revenue and a loss of $9 billion before taxes. Q3 2011 showed $31.2 billion in revenues and $2.4 billion profit before taxes. HP took a big chunk ($9.2 billion) of goodwill from its balance sheet of which $8 billion from its services division. On top of that it reserved $1.8 billion as restructuring cost. Without these one-time costs HP’s results would show $1.9 million in profits for the quarter. That does not look too bad.

But the $1.9 billion profit from operations is still 20% short of Q3 2011 results. Moreover, apart from software, all other product lines show negative growth. The year-to-date results show the same negative trend. $1.8 billion restructuring cost seems high but some major restructuring needs to be done. What Mark Hurd did in 2008 and 2009 after the EDS acquisition should be done again by Meg Whitman. Problem is she has 5 business lines that all face serious problems:

Personal Systems: The PC business is gradually drying up and giving way to smart devices and tablets. At the same time Asus and Lenovo are beating up HP in the PC marketplace. HP’s handheld success was the iPAQ but that seems a long time ago. They also had second thoughts on their WebOS acquisition last year and dumped it. Their first tablet attempts (Slate)failed.

Imaging and Printing: Printers and the black gold served HP’s bottom line for decades. But guess what: we do not print pictures anymore. Instead we increasingly view them on tablets and smartphones. Sounds a bit like Kodak? Maybe, but while printers may serve business for a long time to come, consumers increasingly walk away from the hardcopy.

Enterprise Servers, Storage and Networking: HP’s mighty systems division is hurt badly by Oracle’s refusal to further develop for Itanium. Storage and Networking is a mixed bag of results. Most of their storage systems are doing well but the results are offset by continuing lower sales of EVA and tape systems. The bright spot is that their networking products show healthy growth.

Software: Here is some good news, HP’s smallest business line is doing pretty well and grew 18% yoy in Q3. There is a consideration here: new license growth was only 2%. The 10.6 billion acquisition of Autonomy helped creating that growth and also shows HP commitment to a rapidly evolving Big Data market.

And then there is Enterprise services … Let’s be clear about this. Most of the Q3 losses stem from the impairment of goodwill in HP’s services division. It doesn’t exactly say but HP wrote off a great deal of the EDS goodwill. Back in 2008 HP bought EDS for almost $13.9 billion. Immediately afterwards Mark Hurd started cutting costs, laid off some 25000 EDS employees in the process and dropped the 47 year old EDS brand for HP Enterprise Services. Still, at the time, buying EDS seemed like a smart thing to do. The hardware market was and still is a cyclical and volatile market. Buying an established specialized outsourcing firm promised predictable financial results and also served to open up the mostly Sun packed EDS client base for HP’s system group. And it worked. HP showed better margins in tough years. That is to say … until now.

EDS and HP never integrated into a coherent enterprise services business unit and worked too long as two different tribes. In a services business this does not work. Add to that years of mismanagement and continuing loss of the most talented employees to the competition and it is clear why HP’s enterprise services business is in disarray. But that is not all. The traditional outsourcing market is increasingly facing competition from cloud computing. IaaS offerings from Rackspace and Amazon are gaining traction from a growing number of companies. Meanwhile HP is developing its cloud proposition, reinforcing its security offerings and betting on Big Data. But it is also stuck with servicing costly legacy environments from its outsourcing clients.

Meg Whitman spoke of a multi-year transition. At the METISfiles we think that multi-year should not be more than 2 years. The technology business is a high speed business in which momentum is everything. We do expect HP to return to its technology roots and sell of parts of their current services operation and come back with great products. They better speed up.

Salesforce Tour London – It’s All About the Customer Experience
Retail, Coffee and Work
PRISM And The European Cloud