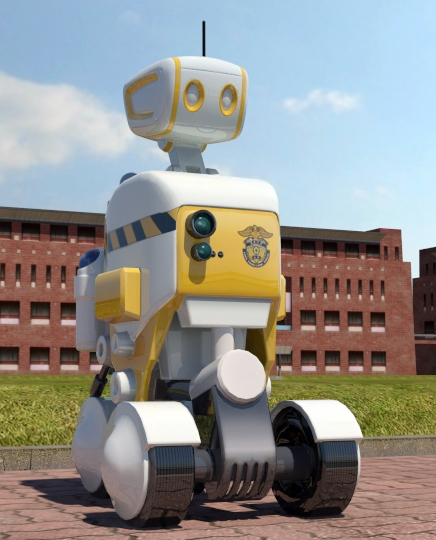 Ask a prison guard what he thinks about his work and he will answer ‘I hate my job’. The good news is that in Korea the government has listened carefully to the overworked prison guards and has come up with a plan to lower the workload by assigning robots as prison guards. In our blog on the future of work we wondered whether there is any job that eventually can not be carried out by a robot. Well, introducing robot guards is just another step in the automation of work as we know it. The job of a prison guard  is one of following up detailed protocols with iron discipline; as such it is an ideal experiment to take the robot-to-people relationship to the next level, albeit in a controlled environment.

No doubt the inmates will not like the idea; robots just can’t be bribed or blackmailed (yet). As for the guards: if the robot experiment works well in the nightshift it is just a matter of time before we have our first 24/7 robot-run prison. They better start looking for another job; robot repairman?