Job cuts are about as common as cars on the A2 these days. Hardly a day goes by when there are no headlines announcing new lay-offs. And not only in the financial sector. Yes, it is the economy doing a double dip after the credit crunch. Or is it?

To survive difficult economic times companies reorganize and cut costs. In the Western world we do this by investing in technology or outsourcing (parts of) the production process to low wage countries. Information technology helped to automate repetitive tasks and has made business and production processes much more efficient. As a consequence less people are responsible for increased output and thus contributing more turnover and profit per person. The people who were laid off in the process are usually absorbed by new sectors and industries or rehired as soon as the economy surges.

This way we transitioned from a hunter/gatherer society, to an agricultural society, to an industrial society to a service oriented society. And it worked pretty well so far: Luddites were proven wrong time and time again. 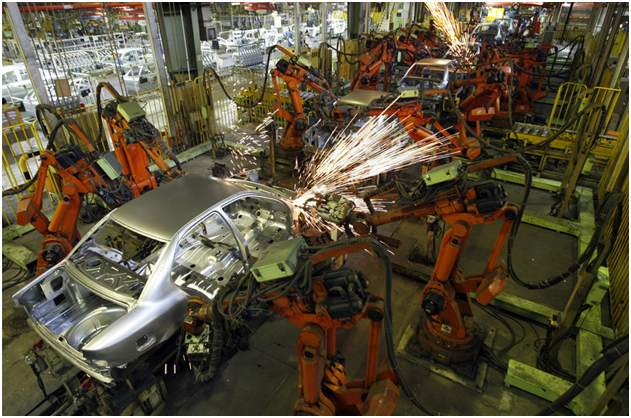 But labour costs also rise in the low wage countries. Last month Foxconn Technology Group reported that they planned to install over a million robots in the next three years to address the rising wages in mainland China. Foxconn is by far the largest electronic contract manufacturer in the world and builds electronic devices as well as parts for HP, Apple, Dell, Nokia and Sony and employs over a million workers.

While many of us regard China as a ubiquitous pool of low-cost labor, this view is not shared by Chinese companies. Strikes for higher wages and better work conditions have put pressure on margins and together with a tepid demand has led to lower than anticipated financial results. The reaction of the Chinese electronic giant is a capitalist classic. They announced a reorganization and want to automate simple tasks. Foxconn is not the only one complaining about rising labour cost. Smaller Chinese companies with less negotiating muscle have already made steps towards more automation.

So while Chinese salary cost are often less than 150 dollar a month per worker, the steep salary rise (more than 30%) causes the sector to rethink their low cost labour strategy. Moving to lower wage countries or regions is an option (they are considering plants in inland China, Mexico and Brazil) but eventually labour cost will rise. So there it is; the world’s biggest cheap labor pool is starting to replace cheap labor by robotizing processes just like we did decades ago. The message is clear: cheap labour may be cheap but in the end a machine will be cheaper, more reliable and never asks for a pay rise or better working conditions.

But another somewhat implicit message is more interesting. If China is starting to robotize its industrial production it really means that the dominant role of humans in industrial processes is about to end. And let’s face it: it isn’t too difficult to realize that there are hardly any tasks, functions or processes that ultimately cannot be handled by robots. In car factories robots have been around for decades and are increasingly phasing out human employees. The skills and insight required to operate once dumb machines are now an integrated part of increasingly sophisticated robots. The knowledge and experience in dealing with business processes is increasingly integrated into intelligent office automation and business intelligence. The electronics sector is merely taking the same direction as the car industry. The same is also happening in services sectors. In some US hospitals certain jobs are being replaced by robots. Even in sectors like science and legal we see smart machines and computer driven intelligence take over processes that used to be carried out by higher educated people. 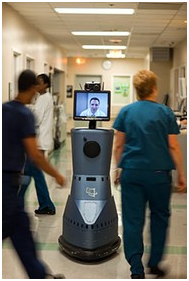 At the METISfiles we think that in the not too distant future many of our current jobs will be automated. The production of commodities (goods and services) will require less and less people since they can be handled more efficiently by (applied) IT. With the automation of tasks and functions, the concept of the job itself will become a remnant of our industrial past. Will the Luddites be proven right this time? Not necessarily. Just like with the industrial revolution we have to reinvent ourselves again to generate income and fulfill our needs.

The economy of the 21st century and its dominant type of work is already shaping up. Already we are adjusting ourselves to the new reality. More and more the work that we do is highly personal, based on connecting with people and establishing relationships, unique, aimed at generating (immersive) experiences; work that is a combination of unique skills, knowledge, wisdom, sensitivity and drive that will generate an economy of experiences. In Maslov’s theory on the hierarchy of needs this could be referred to as the need for self-actualization.

What’s your take on the future of work and the rise of the machines? Let us know!

Power to the People
The State of The Cloud: Marcel Warmerdam with Intel and Cisco on Webwereld Webcast
Data Centers and the Cloud

4 Responses to “The Future Of Work: Rise Of The Machines”