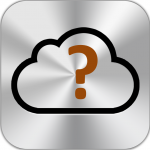 These days it seems like everyone is an Apple aficionado. Apple is praised by many because they hang on to their strategy of building superior products. That has not always worked out as it does now. They may have had smarter and better products but they were unable to take advantage of it. In fact, after Steve Jobs left Apple to start NeXT Computers in 1985 Apple was not really doing well at all during the roaring 90s. Then he came back and brought us the iPod, the iPhone, the iTouch, the MacBook Air, the iPad, and iTunes. He turned Apple around and the market upside down. Apple also just became the company with the highest market cap: $337 billion. Financial analysts think Apple’s real market cap is even closer to $1 trillion. No more underdog, Jobs is the man and Apple the only game in town.

It is undeniable that everything works for Apple since Steve’s comeback. It works actually really well. It works even better together. Apple’s products are sexy, work hassle free and seem almost flawless; just like the consumer wants it. Apple really knows what consumers want. Though their devices are not revolutionary, they are brilliant designs that use state of the art technology. The phone, pod, pad, touch air and Mac can also be easily synced together, just the way we want it. Apple has added content (apps, music and books) so the devices are not just great to look at but there is also a lot we can do with these gems.

Apple has become the undisputed leader in the consumer electronics arena. To defend this position the growth and share game becomes increasingly important. Growth is still possible as there are still many people without Apple gear. But Apple  will certainly lose share when the competition gets their act together. Slowing down this process is important and bashing the competition is part of that game. The competition will, of course, eventually catch up. But that may take a while because the competition is divided and not on par with Apple. The Android smartphone OS is still trying to keep up with iOS. The arrival of Microsoft’s WP7 has not yet made much impact and as for tablets: there is no Android tablet that can seriously challenge the iPad today. And just to make sure this will continue,  Apple is trying to ban Samsung’s Galaxy tablet in every part of the world.

Apple also capitalizes on its dominant position by taking a 30% revenue cut from publishers on everything that is sold through their appstore. In spite of all the outcry amongst publishers Apple has not given in, because they just can.

Now Apple is introducing their version of the cloud: the iCloud. Apple knows what is good for consumers’ information too. Again it will likely work well, if you have Apple products. However, the iCloud is not, as the name suggests, your cloud. It is Apple’s cloud that you access with proprietary devices running native apps under their rules of engagement. Meaning they can change the terms and conditions of use (remember the box you always tick without reading those 20 pages?) whenever they want. They already showed their aptness by announcing that the free popular MobileMe service would be replaced by the iCloud (charged). That is probably just for starters.

Being the highest valued company in the world Apple bets on creating a proprietary Apple environment for everyone to maximize customer revenue by making it difficult to switch brands. It is a classic strategy of market leaders to impose their will on clients and partners. But the question is: will it work in the long term?

Apple really knows what consumers want and purposely walks the proprietary path with superior devices and its powerfull brand. The ongoing debate on proprietary (superior customer experience and performance!) versus open (switching costs!) systems seems more relevant than ever. The good part is that it ignites fierce competition on all fronts. Microsoft is stepping up their efforts on building a power full WP7 OS. Google just announced their bid to take over Motorola to get more grip on the smartphone market. Android 4 Ice Cream Sandwich will be another step forward. Samsung no doubt can design something better than an iPad copycat. Amazon started bypassing the Apple iTunes store by creating an HTML 5 app for reading and is also developing its own tablet. Personal cloud alternatives like Dropbox and SugarSync have already developed alternatives for the iCloud without Apple’s rules of engagement.

At the METISfiles we believe that Apple’s proprietary strategy will continue to pay off for them because of their clear consumer focus, superior products and ecosystem strategy. While this controlled environment will put off IT managers because of lock-in and associated switching cost, consumers won’t mind; switching is not a major factor in their purchase decision. Design, functionality and price are. At the METISfiles we understand why consumers like Apple products but at the same time we wonder if the increasingly information savvy consumer will accept the iCloud as the trusted platform for their content.

Will the iCloud be your Cloud? Or will your Cloud be independent of device, OS, and browser vendors? Let us know!