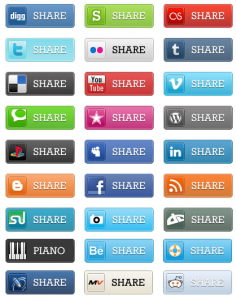 With over 140 million tweets a day and more than 300 million people logging into Facebook on a daily basis, we can state that social media is widely used and adopted by both consumers and enterprises. Now that vendors have organized, formalized and set up social media guidelines (e.g. Cisco and Intel) they are going to the next wave of adoption, education and training. As investments get more substantial, vendors are getting more serious about measuring the business benefits of social media. The Altimeter Group by means of Jeremiah Owyang has provided a very good example of who measures what at which level.

Companies recognize that social media when used appropriately impacts revenue, reputation and/or customer satisfaction. There are already numerous examples of companies that have used social media to their advantage or disadvantage. However, in the not so social or normal world, do vendors always have direct access to their customers? Are they the primary contact? Do customers call the vendor for support? Sometimes they do, but in most cases they call their IT supplier, VAR, reseller or IT service partner. That being the case IT vendors should take a better look at how to use social media for and within their channel. Basically there are two ways to implement social media for the channel:

TrendMicro is one of the vendors who recently has started using social media for their SMB channel. After implementing social media TrendMicro became increasingly aware of the fact that they needed a policy on how to use this within the channel. They ran a short survey to get feedback on the channel’s social media preferences. Survey results showed that the channel preferred to be empowered by the vendor – e.g. the vendor sets the stage and makes it easy for the partners to use social media to their advantage. TrendMicro started using a tool from PureChannelapps, called socialondemand™. This online tool lets the vendor send out content to its distributors and reseller network. Basically it’s a tool that empowers the channel to pick and select vendor messages, give them their own ‘channel’ flavor and send them out as being their own. The tool enables IT vendors to  deliver content through its distributors’ and  resellers’ social media networks to reach end-users.

TrendMicro has trialed and implemented the tool which is now up and running. The initial feedback is good. As TrendMicro says: “the messages are not TrendFabulous. The channel evangelizes in its own words and with its own logo’s. This is not social media by TrendMicro but really is about the channel.”

It is our intention to monitor developments in this area. We plan to get more feedback from TrendMicro and its partners on usage as well as the measurements of the benefits and effects. What are the effects on revenue, reputation and customer satisfaction (or partner satisfaction)?. In the meantime we are curious about communication preferences from the Dutch channel. How do you use social media? What are your preferences with regard to vendor communication? Would you prefer their support, or do you prefer to develop your own methods?

That’s why we would like to ask you – the Dutch IT Channel –  to participate in our survey – social media and the channel. It’s short and anonymous. We will share the detailed results with you while the more aggregated results will be used in one of our METISblogs. Look forward to hear from you!

Who should participate? Any organization that works with one or several IT vendors. i.e.: Dutch resellers, VARs, System Integrators, network equipment providers etc. Click to participate