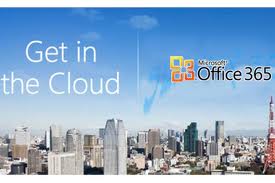 Microsoft is stepping up its cloud efforts. During 2010, Steve Ballmer made a commitment to the cloud: “Microsoft invested $8.7 billion in R&D, with most of that devoted to cloud technologies. Today, 70 percent of Microsoft’s 40,000 engineers work on cloud-related products and services, in 2011 that number will grow to 90 percent.” With the release of Office 365, and Microsoft Dynamic’s cloud version entering the market in 2012, Microsoft is living up to its “Cloud Power” campaign.

How can partners benefit? The potential of Office 365 resides in various segments:

Software license & pricing efficiencies – Distributors will mostly focus on this segment. MS Office 365 comes in various flavors. The P (SMB customers), K (Kiosk Workers), E (enterprise) and education versions all have different pricing and licensing options. With clear pricing guide lines from Microsoft, the channel has less freedom to set its own cloud pricing strategy. Microsoft will have to carefully balance its channel relationships when it comes to maintaining control over licensing and pricing strategy.

Software migration & installation services –  The sweet spot for VARs and service providers that offer Microsoft solutions as part of their overall service offering. Microsoft’s Office 365 cloud offering has low entry barriers for the SMB market. VARS and SIs serving this market will use MS Office 365 as an easy entrance package for their customers, and at a later stage support their clients with transitions to more challenging (and higher service revenue margins) cloud offerings in the enterprise application environment.

Application development – The most interesting area for ISVs and VARs who have developed specific industry solutions or cross industry apps. MS Office 365 is an attractive alternative to other app stores, with the Microsoft Office 365 Market Place to offer third party products that integrate with Office 365. Though content wise it is still far behind Google, Salesforce.com and other market places, we do expect this market place to beef up quickly. The Microsoft developer community is a very active one, and the potential is huge.  At the moment, Microsoft offers ISVs free Windows Azure and SQL Azure accounts for 30 days to help developers get a feel for Microsoft’s PaaS platforms. Though developers on Azure are not automatically Office 365 developers, they are only a small step removed.

Network services – Telco and hardware vendors who have an IaaS or PaaS offering, will be most interested in this segment. In the Netherlands KPN (Telco carrier) is selected as one of Microsoft’s launching partners. The company will offer Office 365 as part of its SMB workspace solution, to be introduced in June. With this partnership KPN aims to become the SMB single point of contact for ICT, an approach that might prove attractive for other telcos as well.

Training & Education – Still an important revenue generator for many distributors or specific Microsoft training partners. With the beta running in 38 countries and more than 20 languages, this is the market that will be the first to benefit from the introduction. C2000 is already training 50 resellers on Microsoft’s Office 365 offering.

For more insight into how Cloud and SaaS Ecosystems are structured, check out the METISfiles analysis PaaS Is The Long Tail of SaaS.

Is there a downside? Yes. First, a significant complaint is that it appears as if the cloud is all there is for Microsoft at the moment. Microsoft leaves no doubt that if you don’t offer cloud services, you’re not in their game. In addition, Microsoft -being the giant it is- poses a threat to its partners if MS were to move more direct. Allready, the company has had complaints from partners on its (direct) pricing and licensing strategy. Also the vendor faces a different league of competition, with vendors like Google and Salesforce.com, born and raised in the cloud. Microsoft might be able to transition into a cloud ready company, it will prove to be more challenging to actually move an entire ecosystem to the cloud.

At the same time we point out that MS is going to great lengths in supporting its partner base by rolling out all kinds of support, offering marketing tools (Microsoft PinPoint), Channel champion programs, and marketing funding.

What about the channel upside? There are  two defining elements: where are the customers and show me the money!

To the first question, the highest expectation for public cloud adoption is among the SMB market space, starting with non-crucial apps like office, mail and collaboration tools. Microsoft Office 365 has low entry barriers for customers, making it easy for the SMB space to start or expand a cloud based computing environment. Partners have hardly any barriers to start offering Office 365 cloud services (access to tier 1 with three cloud customers and up to 25 seats). At the same time, smaller customers might already have started using (free) Google apps, which makes midmarket companies and enterprises that have not transitioned to the cloud yet also a very attractive customer base.

So, where’s the money? Microsoft’s Business Division makes up Microsoft’s  second largest division with almost $19 billion revenue, Office being the largest revenue generator within that segment. MBD remains to be the largest and fastest growing division within Microsoft. More interesting though is Microsoft’s position in the enterprise application market. For years it has had to be content with fourth or fifth places in ranking when it comes to enterprise apps, with a significant distance from vendors like SAP, Oracle, and Salesforce.com. If Microsoft is able to gain cloud traction in the SMB space for its Office 365 products, MS and its partners are very well positioned for add-on sales of Microsoft Dynamics products in the cloud. Revenue and margin wise this might actually be the most interesting areas for Microsoft partners.

Microsoft has one of the IT industry’s largest and most powerful ecosystems. A recent IDC study calculated that for every dollar made by Microsoft in 2009, the ecosystem made $8.70. Not to be a part of that ecosystem, simply does not make business sense.

What are your thoughts? Do you think Office 365 is your ticket to the SMB cloud space? As always – let us know!

Big Data - Big Decisions, A study on Big Data and Big Analytics in The Netherlands
Transformation: From Traditional To Digital Economy
Verzamelzucht