Somewhere in the mid nineties Intel announced  that they were entering a new market: the market of videoconferencing. They were convinced that their timing was right and that the rapidly growing cost of business travel could be pushed back by organizations through adoption of teleconferencing technology. During conferences they showed the audience how it worked and stressed the cutback on business travel cost. Of course it wasn’t the real thing. Their videoconferencing application was running on a tuned proprietary operating system and there was an expensive dedicated data-line to get a conversation started between the people at the conference and their US colleagues to make it actually happen. OK, it did work but the business results in the years after were disappointing. There was just no market driver. You just can’t let executives vote for a new technology that effectively takes the pleasure  out of their work; travel. 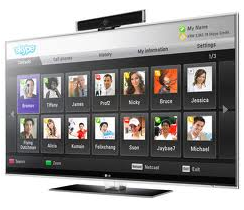 It has taken some time for the teleconferencing and more in particular the videoconferencing market to pick up speed. Supported by ever increasing fuel costs, traffic congestion and productivity pressure, companies are finally realizing that videoconferencing, telepresence and, yes, Unified Communications, could indeed be a solution to that problem. At the Cisco Expo in Amsterdam on April 12th , Cisco and its partners showed confidence about this market. Cisco, who has been promoting its enterprise videoconferencing system  over the last five years is making good margins on its enterprise video conferencing systems. But its SMB WebEx offering has not become a real killer application. Over the last five years many alternatives such as Livemeeting, Yugma, DimDim, GoToMeeting have emerged using freemium-type of business models and are successfully competing with WebEx. At the same time Skype also brought teleconferencing and video calls to the consumer market.

Since video communication has become the new normal in the consumer market it is interesting to see that Cisco is moving away from this market and is also not expanding its SMB offerings. Cisco’s strategic objective is to become and remain the force that makes the network work. For this to happen they need an increase in traffic by magnitudes which can only be reached by promoting the highest network load data format: video. Now that this market is quickly taking off, evangelizing efforts will be taken over by companies who will increasingly specialize in video featured applications including unified communication. For Cisco, it will free up necessary funds to keep on building that smart network.

That all be said, there is still one issue that needs to be resolved. Fifteen years ago Intel failed and left the video conference market because they misread the market drivers and inhibitors. And while consumers and SoHo markets use video in a matter of fact way it is still not the new normal for medium and large size businesses. No matter the improved speed, quality of service, ease of use and the  business imperative to invest in videoconferencing, there is still a lingering doubt as to whether this market will ever take off  the same way the SoHo and consumer market do now. As Joost Deckers from KPN subsidiairy Talk &Vision pointed out at the Cisco Expo 2011, integrating videoconferencing into an organization is more than implementing a new technology. Let’s be honest about it, the necessary shift in corporate culture probably costs a lot more than the high-end enterprise video conferencing system itself and then again: so many large new projects failed just because people did not feel committed.

At the METISfiles we think that the market for videoconferencing will increasingly be one of low cost cloud solutions, based on a freemium business model and driven by quick adoption in the  consumer/worker environment. It won’t be the first time that consumers and workers show business how it is done. There certainly is opportunity in the high-end market Cisco is aiming for. But that market is limited and mainly driven by business specific issues stemming from specialized verticals,  necessity for supply chain integration and pure globalization.  Video is all about people wanting it and not about organizations pushing it. For Cisco the only thing that counts is that the video dataformat is the new normal. Mission accomplished.

2018 Danish and Swedish Cloudscapes
Defining Tablets - The Three Ringed Circus
The Ethical Machine Versus The Ruthless Samaritan
Share and Enjoy: